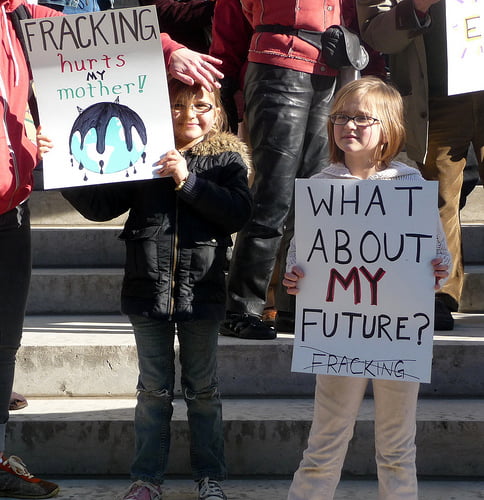 Fracking, the controversial energy extraction method, has come under scrutiny again, after a site on Merseyside was stormed by protestors. Alex Blackburne investigates.

A gas exploration site at Banks, near Southport, has been compromised by a group of protestors, who disagree with the methods being used to extract energy from the ground.

Fracking, the controversial energy extraction method, has come under scrutiny again, after a site on Merseyside was stormed by protestors. Alex Blackburne investigates.

A gas exploration site at Banks, near Southport, has been compromised by a group of protestors, who disagree with the methods being used to extract energy from the ground.

Hydraulic fracturing, colloquially known as ‘fracking’, is when a solution is inserted into shale rocks until they fracture (or ‘frack’), and subsequently release natural gas, which is used for energy.

The campaign group, Frack Off, who entered the rig in the early hours of Wednesday 2nd November, are demonstrating against the controversial methods being used at the Merseyside rig. It has recently come under scrutiny after the company behind the exploration, Cuadrilla Resources, admitted that it was “highly probable” that their activity had produced two minor earthquakes.

Cuadrilla’s report, ‘Geomechanical Study of Bowland Shale Seismicity’, confirmed that it was likely that their exploration methods had caused the tremors. However, the minor earthquakes, measuring 2.3 and 1.5 on the Richter scale, did not have “any structural impact on the surface above”.

Mark Miller, chief executive of Cuadrilla Resources, reiterated the fact that their report had shown that there had been no real danger caused by their activity.

“We unequivocally accept the findings of this independent report and are pleased that the report concludes that there is no threat to people or property in the local area from our operations.

“We are ready to put in place the early detection system that has been proposed in the report so that we can provide additional confidence and security to the local community.”

Despite Miller’s comments, the whole method of hydraulic fracturing has come under severe examination, with many people, particularly in the US, claiming that the procedures involved contaminate drinking water.

There have been instances near fracking stations in America, where tap water has ignited when a match is lit, as well as people becoming ill after drinking apparently unclean water, although some sources dispute this finding.

French authorities have already taken steps to ban the method, whilst New York State has temporarily suspended firms from doing it, whilst they investigate the safety procedures in more detail.

None of this should be surprising as a similar problem has been reported around hydraulic fracturing geothermal systems. If you pump gallons of ‘water’ into the earth the evidence is that some of these geothermal systems can trigger earthquakes.

If you would prefer your investments to avoid funds that back fracking companies, ask your financial adviser if you have one, or complete our form and we’ll connect you with a specialist ethical adviser.