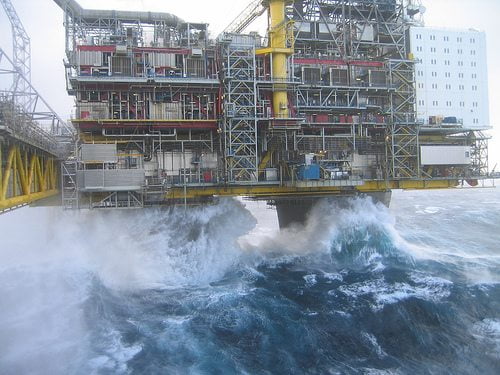 Greenpeace has teamed up with the award winning creative agency Don’t Panic and Kennardphillips to target the oil giant Shell, which is preparing to begin drilling for oil in the Arctic region.

Elena Polisano, Arctic campaigner, Greenpeace, said, “Shell could be risking disaster by drilling for oil in Arctic waters in less than six weeks. We made this video to expose that, and show how its plans affect all of us too – because the impact of climate change affects the places we all live in.”

She added, “If Shell drills in the Arctic it could devastate this iconic and beautiful place, and its incredible wildlife, like polar bears and narwhals. All the evidence shows Shell can’t drill for oil safely in the Arctic.”

“The extreme conditions mean it’s when, not if, a spill will happen. Shell has a huge PR machine behind it, but it didn’t count on millions of ordinary people standing up to protect the Arctic. We need everyone to watch and share this video, to show Shell it won’t get away with destroying the world we love.”

The video is released just weeks after US authorities gave the go ahead to drilling in the region upon the condition that Shell obtains the necessary environmental and safety licences. This follows a ban that was imposed on the firm amid safety concerns.

Earlier this month however, one of Shell’s drilling rigs was met by hundreds of protestors in Seattle, protesting against the plans.

Greenpeace spokesperson Travis Nichols said, “It’s clear President Obama has heard the chorus of boos greeting his approval of Shell’s summer Arctic plans. He knows his climate legacy is at risk in the Arctic this summer, but instead of stopping Shell from drilling, he’s defending the company.

“If, as the President says, Shell has learned from its mistakes, why did it fail its first coast guard inspection last month? Why haven’t we seen the results of the third party audits Obama’s own administration asked for after the 2012 fiasco? There are very easy ways to prove Shell has learned something from its mistakes, but no one in the Obama administration is holding the company accountable.”

A spokesperson for Shell said, “We plan to drill in the Chukchi Sea in 2015, but as we’ve consistently said, that plan is contingent on achieving the necessary permits, legal certainty and our own determination that we can carry out the exploration programme safely and responsibly.”

“It is disappointing that Greenpeace chooses to focus on mounting publicity stunts rather than engage constructively in the debate about how to meet the world’s growing demand for energy while reducing CO2 emissions.”

They added that Shell is actively engaged in developing low-carbon technologies such as Carbon Capture and Storage (CCS).