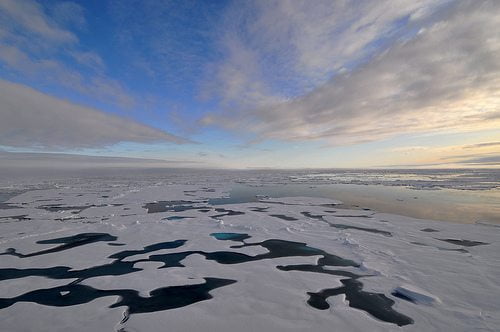 The Economist: global warming ‘pause’ goes from ‘unexplained to overexplained’

The reasons for the global warming ‘pause’ between 1998 and 2013 have gone from “unexplained to overexplained”, according to an article by the Economist magazine.

The comments follow a report that found a hiatus in global temperature rises despite carbon emissions, which would push temperatures up, continuing to rise.

The article states, “A few sceptics say flatly that global warming has stopped. Others argue that scientists’ understanding of the climate is so flawed their judgements about it cannot be accepted with any confidence.

“A convincing explanation of the pause therefore matters both to a proper understanding of the climate and to the credibility of climate science – and papers published over the past few weeks do their best to provide one. Indeed, they do almost too good a job, the pause would now be explained twice over.”

One such explanation is that the pause is a result of gaps in data, mainly in the Arctic region. When these areas are included in the calculations, the dip is far less noticeable. Fluctuating solar output, atmospheric pollution and volcanoes have all been used to provide an explanation for the pause.

Other studies suggested that the Pacific Ocean is the reason because of unusual trade winds that have trapped heat under water meaning the full affects of climate change have not been measured. Despite the various studies, they have so far failed to answer the question of how long the pause will last or indicate when temperatures will begin to rise again.

Read the full article at the Economist here.