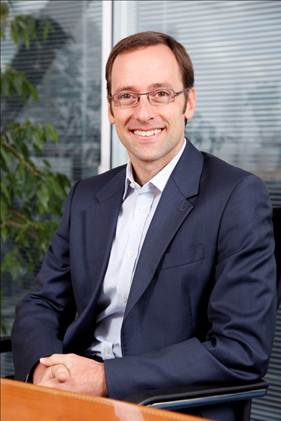 Initially, this was very much the case for Bill Weil, chief investment officer of the Ludgate Environmental Fund.

“When I first started in the environmental space, people thought I was crazy”, he says.

“I was leaving business school in the ‘90s and saying that I was going to go work in environmental things, and people were saying, ‘Why don’t you go to Wall Street or the city? Are you kidding? What is this climate change nonsense?’”

Sadly, this attitude epitomises the uneducated consensus amongst the majority of sceptics.

But now, slowly but surely, this view is changing.

“Something like more than one in eight pounds [is invested sustainably]. It has reached a level of significance where now, conventional investment groups are really starting to pay attention.

The so-called corporate giants are the ones that are necessarily, by their sheer size, doing the most damage to the planet, whilst also possessing the most influence.

The Ludgate Environmental Fund, which launched in 2007, is one of just over 90 green or ethical funds in the UK.

“We wouldn’t look at any [investment opportunities] that didn’t have an environmental benefit, so right away, our definition of cleantech, environment, sustainability or resource-efficiency, which is probably the most accurate summary of what we look at, is the first screen”, Weil explains.

“Then within that, we’re looking for best performers.”

The largest position the Ludgate Environmental Fund holds is with UK-based RAP, or Rapid Action Packaging. The company makes the sandwich wedges found in Pret a Manger, Boots and other high street retailers, but with one important difference.

Instead of the plastic triangles that are historically most common, it makes cardboard ones – a wholesale, eco-friendly move that has been principally driven by RAP.

Another investment is with Terra Nova – a French company that recycles electronic waste.

“It takes the electronic circuit boards and all the inside bits of telephones, televisions, BlackBerrys – any electronic equipment – and recycles them”, says Weil.

“We backed the building of its first plant and are now in the process of potentially backing it to grow and expand production further.

“If you see some of the investigative reports about what happens to this material at present when it gets shipped to China, India or Nigeria, it is absolutely barbaric what we’re doing.

“Open pits of alchemy from the middle ages. The cancer rates, water emissions, and air emissions are at disastrous levels, and this company helps to avoid most of that, so from an ethical standpoint, it’s absolutely fantastic.”

A third investment example lies with ECO Plastics – a recycler of plastic bottles in the UK.

The company takes the dirty plastic waste and reprocesses it to food-grade quality, avoiding landfills and the use of fossil fuels.

Ludgate Environmental Fund invested alongside Coca-Cola Enterprises, who last year announced a plastic bottle recycling pledge ahead of the 2012 Olympic Games in London.

“Simply because of its scale, Coca-Cola Enterprises is a huge polluter and a huge resource user, and I think it’s taken a pretty aggressive stance on environmental issues, including making this investment with us”, Weil states.

The Ludgate Environmental chief investment officer claims the global drinks manufacturer isn’t just trying to pull the green wool over our eyes either.

“There is a sense of scale around it that is difficult for individuals to consider, myself included, when you think about the level of everything that Coca-Cola Enterprises does. It out-impacts many others.

“Its level of consumption of water, sugar, plastics and energy demand in terms of fuel, as well its impact on refrigeration: any of these things are then multiplied by a billion because it’s just a global, massive company.

“So when it does the right thing the effect is multiplied by a billion, which is a great outcome for the world.”

Despite having profiled just four UK green, ethical or sustainable funds to date on Blue & Green Tomorrow, it’s clear that there is an investment opportunity for everyone, whatever your criteria.

So why would an individual choose the Ludgate Environmental Fund?

“One is the track record we’ve achieved so far to date”, answers Weil.

“Among our main investments we have had one full exit at a very solid return and another in the portfolio which has returned more than two-and-a-half times its value through dividend.

“Secondly, the portfolio as it stands is solid, and has what I think is a very conservative valuation put on it, which is where the share price derives from.

“And then I think the third point would be if you’re looking as an investor at where to put your money, you can look at ethical funds, but if you want exposure to a different asset class, the Ludgate Environmental Fund allows investors to access the private equity space in a way that most others don’t.

“Most of the private equity funds are only accessible to ultra-high net worths or institutional money.”

Despite the differences in criteria between the available ethical funds, there is at least one widespread consensus: responsible investments are for long term gain.

“Invest for the long term and don’t look at the daily movements”, Weil advises.

“Day-trading is a losing game, in my opinion. People always love to talk about when they win but less so when they lose.

“I think that would be my message. Think long term.”

The fact that this is the case, though, ties in nicely with the inherent nature of ethical funds. The reason for investing your money in sustainable companies is for the long term benefit of the Earth.

As always, patience is the key. Rewards will come, and not just financial ones.

If you would like to find out more about the Ludgate Environmental Fund, visit its website. Alternatively, fill in our online form and we’ll connect you to a specialist ethical financial adviser who will be able to help.