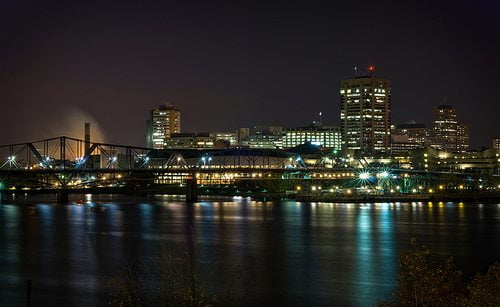 The definition of discipline is the idea of following a pragmatic growth strategy that is vigilant and flexible and values what’s good for a country as a whole or what’s good for any individual. That is another way of saying that good policies are policies that create long run value.

In order to create long run value one ought to look for problems. The world is faced with many problems. And it has always been the ability to solve problems that leads to the best ideas. So let me give you an example.

Urbanisation is a major challenge facing the world. We know that something on the order of 3.5 billion people are going to move into cities over the course of the next 100 years. People like Paul Romer have told us this.

But we also know that to create a modern city, the estimates show it costs roughly $6,000 per person to build a modern city. So we’re talking about roughly $20 trillion of infrastructure investment that needs to happen for the completion of the so-called urbanisation project which is the building out of modern cities.

And, by the way, most of this completion of what’s called the urbanisation project we know is going to happen in the emerging world.

So how can one make a lot of money and do a lot of good in the world? Well, financing that $20 trillion of infrastructure investment that needs to happen over the course of the next 50 to 100 years, so putting in place leaders who can think about this as a big economic problem or opportunity is critical.

So we’re talking about making sure everything from telecom, sewage to just the physical infrastructure of the cities has to be done or needs to be done in a sustainable, environmentally friendly way that also creates employment, creates safe and interesting and pleasant places for people to live. That’s the good outcome.

The bad outcome is we don’t do this in a systematic way that creates places of employment and amenable places to live.

Peter Henry is an economist and dean of New York University’s Stern School of Business. This article originally appeared on Big Think’s blog.