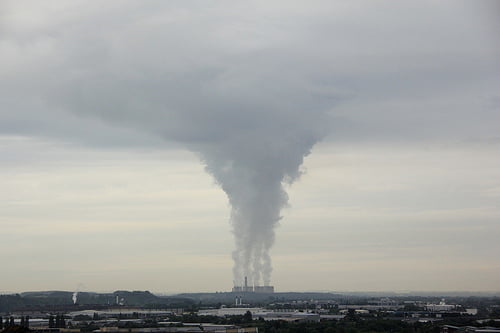 Yesterday was World Asthma Day, which got us thinking about the harmful health effects of fossil fuels – just one of the many reasons why continued burning of the stuff is completely unsustainable.

Forgetting momentarily – if possible – the environmental destruction and economic instability collectively caused by oil, gas and coal, the pollution that comes from burning them is proven to have caused thousands of respiratory conditions.

And this view is almost gospel.

In 2001, Jonathan Grigg wrote a paper titled The health effects of fossil fuel derived particles, and came to the conclusion that, “The evidence that fossil fuel particulates adversely affect the health of children is strong.”

“These temperature-independent air pollution effects occurred at levels of pollution commonly found in large cities, and appeared greater at moderate than at low temperatures.”

“In other words, if you have asthma, you are more liable to have deterioration of your symptoms in days of high pollution.”

He added that the lung function of children – how fast you can breathe out, which increases as you grow – is reduced in communities where there are high levels of fossil fuel derived particles. But the health impact of fossil fuels stems into a much larger problem, too.

“In adults, there is a lot of data to show the association between [fossil fuel derived] particles and heart attacks”, Grigg explained.

“Exposure to high levels of pollution brings on heart attacks amongst people who are at risk of heart attacks, and there are more mortality effects later on, too.”

In 2009, the National Research Council found that burning fossil fuels cost the US $120 billion a year in health costs, and pollution from energy derived from fossil fuel plants in the country accounts for 13,000 deaths a year, according to the Clean Air Task Force.

And the UK isn’t much better.

“Although particle pollution certainly has improved since the 1950s in London, we are still one of the worst polluting cities in Europe”, said Grigg.

“And that’s driven a lot by diesel engines who tend to be the worst polluters of sooty particles.”

To counteract this increasingly dangerous problem, widespread shifts towards renewable energy have been pursued as the solution to the problem – something that Grigg believes is “definitely the way to go”.

Despite it being common knowledge that the clean energy sector is a thriving and more importantly a growing one, there are still reports emerging that pick out fossil fuels as an industry on the rise, and not, as we thought, dropping.

He began the piece, “If there is to be a new beginning in global energy, the golden age is unlikely to be powered directly by the wind or sun. Despite high hopes for renewables, the figures show the world to be on the cusp of another fossil fuel boom.”

However, Adam Bell, communications manager at RenewableUK, the UK wind and marine industries’ trade body, told Blue & Green Tomorrow that the future of the UK’s electricity system is set to involve “substantial amounts” of renewable energy.

“UK Government plans see 31 gigawatts of offshore and onshore wind being deployed by 2020”, he said.

“We estimate that alongside this, 500 megawatts of wave and tidal power will be deployed if the policy framework is right.

“This will help replace the generation capacity lost as old coal and nuclear plants shut down over the course of this decade.”

Put simply, coal plants are unsustainable in every possible sense. If a shift towards renewables doesn’t happen soon – something that some would say is inevitable anyway – the health impacts of burning fossil fuels should be reason alone to abandon the industry.

“I expect that when we look back to now in 20 years’ time, we’ll think of this breathing environment as not ideal”, concluded Grigg.

“Certainly, the level of fossil fuel derived particles that people in London are breathing in is causing decreased quality of life.”

Our recent in-depth report, The Rise of Renewable Energy, offers a simple solution to governments, businesses and individuals alike, in the form of wholly renewable and completely unpolluting energy.