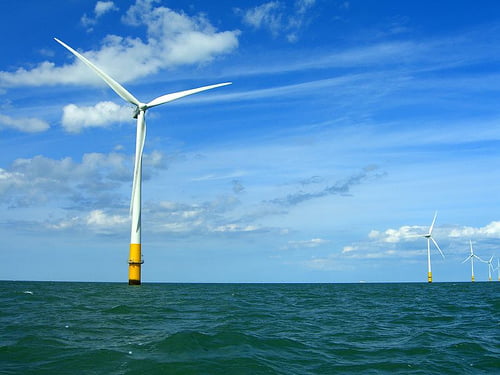 The 630 megawatt (MW) development, located in the Thames estuary, is a collaboration between E.ON, Dong Energy and Masdar.

The project’s switch-on follows the completion of Lincs Wind Farm in March – a 270MW, 75-turbine wind farm off the coast of Skegness.

Meanwhile, head of Dong Energy’s UK wind business, Benj Sykes, said, “Having the final turbine installed is another landmark in this flagship project for the UK and for Dong Energy.

“The London Array will soon be the largest operational offshore wind farm in the world – building offshore wind farms of this size and larger in the future allows us to harvest the advantages of scale and is an important element of our strategy to drive down the cost of energy.”

Dr Sultan Ahmed Al Jaber, CEO of Masdar, added that the milestone “brings us a step closer to showcasing the economic, social and environmental benefits of clean energy.”

In total, the London Array project generates enough energy to power almost 500,000 homes, whilst reducing carbon dioxide emissions by over 900,000 tonnes a year.

The UK’s role as a thriving offshore clean energy hub was boosted this week when a tidal lagoon project at Swansea Bay called for a £10m investment to kickstart its development. Once completed, it will provide clean electricity to over 100,000 homes.