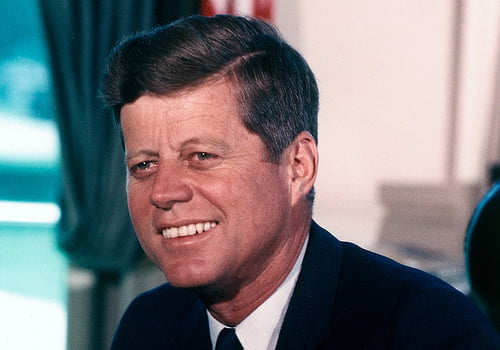 Forty-nine years ago today, John F. Kennedy was assassinated in Dallas, Texas. Just over a year earlier, he made his seminal “we choose to go to the moon” speech at Rice University, and sure enough, in 1969, Neil Armstrong made “one small step for a man, a giant leap for mankind”. Moving to a sustainable economy is mankind’s greatest leap yet and we need to do it because it is hard and necessary.

This article was originally published on September 12.

The most recognised excerpt of Kennedy’s speech is, “We choose to go to the moon. We choose to go to the moon in this decade and do the other things, not because they are easy, but because they are hard, because that goal will serve to organise and measure the best of our energies and skills, because that challenge is one that we are willing to accept, one we are unwilling to postpone, and one which we intend to win, and the others, too.”

Importantly he stressed that the United States was going to achieve the task, “not because it was easy but because it was hard.” It would also, “measure the best of our energy and skills.”

Our current economic model, humanity itself perhaps, faces an existential threat from ever-growing pollution and resource scarcity. The Arctic ice melt, deforestation and over-fishing are only the most obvious signs that we have exceeded Earth’s capacity to cope.

Shifting our economy from an energy-intensive, extractive and exploitative system, to a more sustainable one is not some hippie dream.

It would mean engaging our most brilliant minds in a valuable enterprise. It would mean the largest retooling of our manufacturing base and reskilling of our workforce seen since the second world war. It would create a surge in green collar jobs as energy efficiency projects are rolled out across 25m households and half a million commercial properties. All initiatives that would lower the future costs to households and businesses, reduce our energy dependency on other nations, improve our energy security and balance of payments and turn our economy round.

Those who defend the current economic and energy system benefit most from its many deficiencies. Taking the brightest graduates and encouraging them to work in financial speculation is a gross waste of talent and a threat to our economy’s future prosperity.  Importing vast quantities of oil, coal and gas makes no sense on such a windy island surrounded by strong dependable tides and waves.

We should have the courage to do the hard thing. We should use our immense energy and skills to create a more sustainable economy.

Britain led the industrial revolution and became a great power as a result. We lost the space race as our empire, economy and confidence went into decline. We have been one of the winners in the information revolution. We are still the sixth largest economy in the world. We could, if we choose to, lead the world in clean and limitless energy as our universities and industry produce some of the brightest innovators in this sector. Our wind-swept, wave-battered island could be a net exporter of energy if we choose to be.

Some commentators celebrate Britain’s moral, economic and global decline. They are unpatriotic, dogmatic and cowardly.

If the Olympics has shown us anything, it has shown us that this is not a country in terminal decline and lacking in confidence. With the right vision, leadership and stimulus, can still achieve incredible things.

To have a government that was capable of articulating that would be one we could be proud of and rally behind. The proposed greenest government ever is not that government.