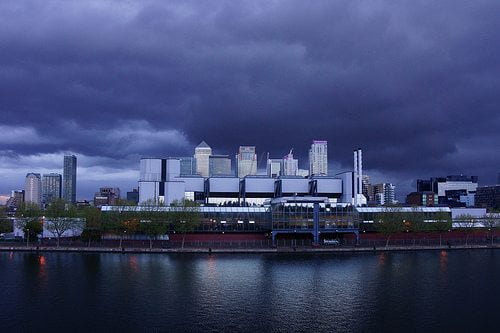 Something that most people can agree on is that banking culture has to change, but a fresh perspective is needed, writes a graduate analyst working at a major Canary Wharf bank.

For every graduate position in investment banking, there are 135 graduates competing for each place. There is plenty of choice of new employees. I have recently joined the new starters at a big investment bank, the so-called ‘bad side’ of banking, the risk-takers, the gamblers, or even, the screw-ups. Yet, if we are ever to move forward into a sustainable, healthy, transparent and trustworthy banking system – this banker bashing has to stop. Now.

Imagine a scenario where you feel part of a group who is in conflict with another. For example, the heated cyclist v motorist debate. Research into group dynamics and intergroup conflict have shown that this encourages a greater divide between the groups and “us v them” attitude (e.g. Intergroup Cognition and Intergroup Behaviour by Sedikides, Schopler and Insko, 1998). It leads to reinforcing internal group behaviour. Eventually each group will resist collaboration and persuasive arguments for change.

Already as individuals, we pay greater attention to information that reinforce our own beliefs and we ignore, or manipulate, evidence that contradicts our beliefs. This is an effect known as cognitive dissonance. When backed by a whole group of people with similar beliefs, the ability to think critically and be willing to change diminishes. Critical thinking and adaptability are key skills that investment professionals should possess if they want to do best by their clients.

Now imagine a critical teacher and no matter how hard you have tried to improve, they are always telling you that you’re not good enough. There hasn’t been enough improvement. How would you react to this? Some people would take it in their stride, endeavour to prove their teacher wrong or at least, do sufficiently good for their own standards. Some however, would give up.

It’s not worth putting more effort into a task if you are not seeing a greater outcome. This second scenario is what we are in danger of creating now in the investment world. Too much negative attention is not healthy for inciting change in behaviour. This is where banker bashing is currently leading us – it’s widening the divide between bankers and the wealthy from the rest of the population.

“Be the change you want to see in the world”: the condensed paraphrasing of Ghandi’s philosophy that conveniently fits on a bumper sticker. This slogan resonates with a lot of people who live their lives with a strong moral compass. Yet, there are few who will commit to a career in banking in order to change banking culture.

Banks are a necessary part of our society, economy and world. The Move Your Money organisation encourages people to influence banks’ investment strategies by switching from the ‘big bad banks’ to the smaller, local banks or building societies that make ethical and sustainable investments. The idea is to incentivise ethical banking and encourage it in the mainstream.

However, external pressure and boycotting is not the only way to achieve the same end. I argue that it is time-consuming and not as effective as having the big banks change their own behaviour. Bluntly speaking, the banks need the activists to be employees. It’s easier to change a group’s behaviour from inside. After all, you’re more likely to listen to a friend or colleague than someone from an opposing or competing group.

Michael McMillan of the CFA Institute argues that investment professionals need to behave more like whistleblowers and “take responsibility for the investment products and services that they recommend”. He adds, “Executives and managers at financial institutions need to create an organisational culture in which critical thinking, scepticism, and dissent are welcomed and encouraged.” People who are committed to causing change in order to better the world and environment do think critically and are not afraid to speak out when something is morally wrong.

Banks are meant to be places you can trust with your money and financing the world’s economies. They need to be staffed by trustworthy people. Banks in turn need external support from the wider community.

Two of the main problems that bankers get bashed for are risky speculation and bonuses. Banks need to rethink their incentives to attract the best talent with strong moral fibre. One way, would be to place less incentive on monetary profit and instead incentivise philanthropic and sustainable behaviours.

For some top graduates one thing prevails over money: their ability to make a positive impact. Banks are powerful and have the influence to be catalysts for change. There are three changes to be made: incentivising innovation in customer service and ethical investment products, reducing with the aim to eliminate incentives on the financing of unsustainable industries and demonstrating to the labour market concrete examples of the positive impact bankers can and do have on wider society. As Cath Tillotson of the Scorpio Partnership said, the wealthy can be “a positive force in society”.

These three changes are to the structure of how banks recruit and maintain staff. These changes do not need to be dictated by government but can be commenced immediately by the banks themselves. All you need is the willingness of those with power to adapt and change. Those people are the employees of the bank, especially the senior management.

There is the other side though, the more important side. These three changes are aimed at attracting those already interested in sustainability, ethics and social responsibility. The other side is up to those people.

They need to be willing to enter a broken system with the attitude that change starts from within. They will need to challenge the status quo, be courageous leaders and critical thinkers. You need activists, government and external pressure. However, external pressure will not work without bankers being willing to change.

If you are passionate about sustainability and making a positive impact on this Earth, then have the courage to go fix an unsustainable, wilfully blind, work culture and do so from within. To attract investors, you do not only need good returns but long-term sustainability and trust.