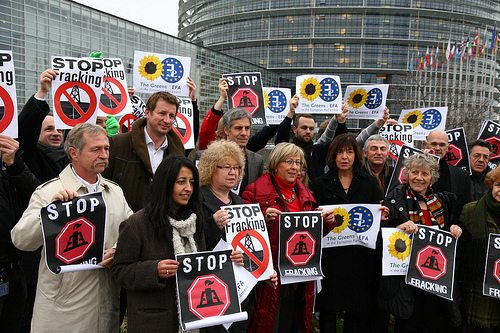 British Gas owner Centrica has bought a 25% stake one of the UK’s leading fracking firms, which has a license to explore shale gas sites in Lancashire.

Centrica is set to invest an initial £40m into Cuadrilla Resources and AJ, and will pay additional exploration fees of up to £60m. The deal is seen as drastically changing the big energy companies’ attitudes towards fracking.

“With North Sea gas reserves declining and the UK becoming more dependent on imported gas supplies, it is important that we look for opportunities to develop domestic gas resources, to provide affordable sources of gas to our customers, and to deliver broader economic benefits to the UK”, said Mark Hanafin, managing director of Centrica’s international upstream business.

Cuadrilla claimed in the Telegraph that shale gas would help to keep energy bills down. However in April, the House of Commons energy and climate change committee said it was too early to say if this was actually the case.

Jenny Banks, climate and energy specialist at WWF-UK, said, “This is a remarkable turnaround for Centrica, given that in January [chief executive] Sam Laidlaw was playing down the potential of shale gas in Britain.

“Just a few months ago, Mr Laidlaw was highlighting environmental concerns and population density as problems facing shale development in the UK. These haven’t gone away so it’d be interesting to know what has changed for Centrica now.”

Meanwhile, Greenpeace spokesman Joss Garman noted the irony in the deal: “Now British Gas will be known, not only for sky high fuel bills, but for industrialising the English countryside and pursuing a business plan that’s entirely predicated on digging up and burning polluting fossil fuels with no regard for the impacts on climate change.”

A poll released on Friday by the Institution of Mechanical Engineers (IMechE) into energy policy revealed that 64% of people are concerned about possible blackouts, while 93% are worried about high electricity and gas bills.

According to another big energy firm SSE, shale gas, which is dubbed a ‘transition fuel’, will not help avoid UK blackouts in the future.

Dr Tim Fox, head of energy and environment at IMechE said, “These results show there is a severe lack of public confidence in the government’s confused energy policy.

“Confidence in government energy policy has been damaged by its mixed messages on low-carbon energy policy and uncertainty over its support for a new nuclear build programme.”