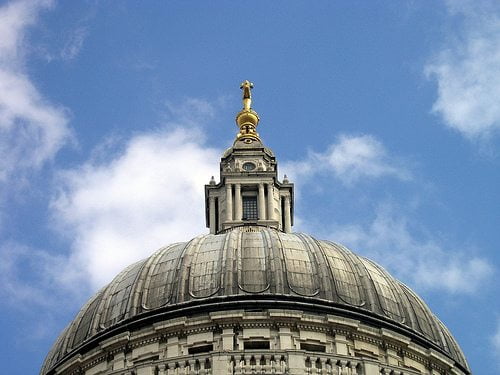 The Church of England invests part of its £5.5 billion portfolio indirectly in Wonga, the same payday lender that this week the archbishop of Canterbury said the church would try to “compete out of existence”.

An investigation by the Financial Times found that the church invested around £75,000 in Accel Partners, the US venture capital firm that in 2009 helped Wonga raise £13.9m to improve its technology and launch in the same year.

In 2011, the Church of England’s Ethical Investment Advisory Group (EIAG) banned the church from investing in payday lenders. A spokesperson said at the time, “The policy draws on Christian theology on the need for the greatest care to ensure that lending to poorer members of society is not exploitative.”

Although Accel itself is not a payday lender, its influential role in helping Wonga launch four years ago has led Lambeth Palace – the archbishop’s official residence – to describe the church’s investment as a “serious inconsistency”.

Justin Welby said he was “irritated” and “embarrassed” at the revelation. The archbishop told Total Politics magazine on Tuesday that he planned to remove Wonga and other payday lenders as the go-to sources of short-term loans, and replace them with credit unions backed by the church.

Speaking to BBC Radio 4’s Today programme on Friday, he said, “[Investing in Accel] shouldn’t happen, it’s very embarrassing, but these things do happen. We have to find out why and make sure it doesn’t happen again.”

The EIAG’s ethical investment policy, which covers all three bodies, recommends against investment in firms that derive more than 25% of their turnover from tobacco, gambling, alcoholic drinks, human embryonic cloning and high interest rate lending.

Companies with more than 3% of revenue from pornography are recommended against; as are those with more than 10% from conventional weapons. The EIAG also says no to investment in what it calls “indiscriminate weaponry”.

The CBF Church of England Investment Fund, which is managed by CCLA, says it “supports” the EIAG’s ethical and responsible investment policy. Its top five UK equity holdings are HSBC, Shell, BHP Billiton, Vodafone and GlaxoSmithKline. Overseas investments include Chevron and ExxonMobil.

After the diocese of Southwark recently passed a resolution backing the church’s complete divestment from fossil fuels, a church spokesperson said its ethical investment policy in this area was “up for review” – though high-carbon energy sources are currently not excluded.

Mark Letcher, vice-chair of Christian environmental group Operation Noah, said at the time, “There is a strong ethical and theological argument for complete and rapid divestment from this sector.”

The Church Commissioners said it was working to find similar discrepancies to its investment in Accel.

Out of control payday lenders accused of irresponsible practices

We must fight to end legal loan sharking