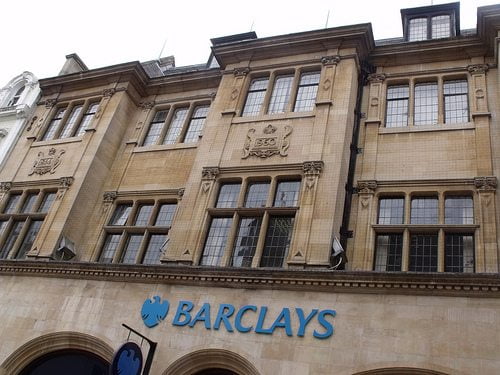 Barclays bank has been handed a lawsuit by New York attorney general Eric Schneiderman, over allegedly misrepresentating the risks of high frequency or ‘dark pool’ trading to its big institutional clients.

Dark pool trading allows investors to trade with large quantities of shares in an unregulated and private environment at high speeds. This compares to light markets which are transparent and heavily regulated.

Some of the clients involved include pension funds, which Barclays said were protected from “predatory” or “toxic” traders.

However, Scheiderman said investors were deliberately routed to the bank’s rapidly growing dark pool market, where aggressive and unregulated trading was taking place – putting pensions and other assets at risk.

Speaking during a recent press conference in New York, he added, “The facts alleged in our complaint show that Barclays demonstrated a disturbing disregard for its investors in a systematic pattern of fraud and deceit.

“Barclays grew its dark pool by telling investors they were diving into safe waters. According to the lawsuit, Barclays’ dark pool was full of predators – there at Barclays’ invitation.”

The allegation undermines Barclays own code of conduct and the bank has in fact begun its own internal investigation into the allegations.

In an email to staff, Barclays chief executive Antony Jenkins stated, “I will not tolerate any circumstances in which our clients are lied to or misled and any instances I discover will be dealt with severely.

“The success of our business depends crucially on our clients being able to rely absolutely on our honesty and integrity.”

The lawsuit caused share prices for the bank to drop by 9%, but these gradually recovered to 6.5% – sparking other European banks to also lose ground over fears of prosecution.

Reacting to the news, the campaign manager of Move Your Money, Charlotte Webster, said, “This could prove simply more of the same arrogance from Barclays. A bank clearly operating with very limited consideration for ethics and the real value of money.

“The key issue here for Barclays is that with their Libor fine of June 26, 2012, it signed a two year ‘good behaviour clause’. Meaning if the bank committed any further fraud within this window in the US, its non-disclosure agreement would become void and it would face criminal prosecution.”

Earlier this year, Barclays was fined £26m for its role in the price fixing of gold – alongside one of its own investors, who received a fine of £95,600 for his role.

Barclays, likewise other high street banks, has also been accused of deliberately underpaying customers who were due compensation for being mis-sold Payment Protection Insurance (PPI).