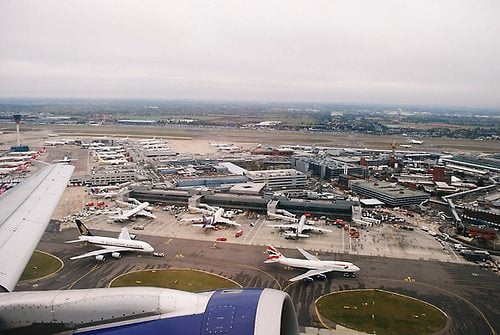 The mayor of London Boris Johnson is to announce a plan for the construction of new homes near Britain’s biggest airport, while suggesting new runways in the eastern side of London.

In Johnson’s plans are two sites on the Thames estuary, an expansion of Stansted airport or a possible landing field on the Isle of Grain in Kent, according to the Guardian.

Instead of proposing additional runways on Heathrow airport, he would like to see the area converted into a luxury borough, by reducing the size of the airport.

Locals have opposed the plan, saying that over 100,000 people could lose their jobs as a result. Airport bosses are also contesting the project in favour of a third runaway in the area – a plan that already caused controversy in the last 12 months .

Hounslow borough, to which the airport belongs, has also been lobbying to avoid the further expansion of Heathrow and reduce its effects on noise and pollution.

“We recognise the important role Heathrow plays in Hounslow’s economy. More than 11,000 Hounslow residents (around 10% of our working population) are employed at the airport”, states the local authority on its website.

“Yet it also causes serious congestion on our road and rail networks, and produces massive environmental and health impacts with noise and air pollution.

“We want the government to stick to its policy of limiting the size of Heathrow as well as taking further actions to lessen the negative effects on our local economy and community.”

In the next few days, the airports commission will examine both the proposals from the mayor of London and the one from airport bosses to build a third runway in the south-east or to the north of Heathrow airport.