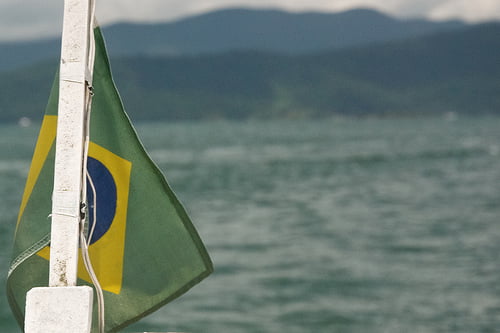 Clean energy investors from Latin America and the Caribbean should look to Brazil for investment opportunities, after the country was ranked top of a 26-strong list of nations for its low-carbon energy growth potential.

The ranking, by the Multilateral Investment Fund of the Inter-American Development Bank (IDB) and Bloomberg New Energy Finance (BNEF), placed the South American country narrowly ahead of Nicaragua, Panama, Peru and Chile in a study called Climatescope.

Scheduled for release today at the same time as the UN Conference on Sustainable Development – or Rio+20 – takes place, it measures the ability of the 26 nations to “attract capital to build a greener economy”.

The IDB claims that the Latin America and Caribbean regions account for just 5% of the $280 billion invested in clean energy around the world, which is why highlighting opportunities in the areas is seen as so important.

On a scale from 0 to 5, in which 5 represented the best investment opportunity, Brazil scored 2.6, demonstrating “ample opportunity for improving conditions to attract more capital for low-carbon and renewable energy capacity”. It was also revealed that the country was home to almost 80% of the $90 billion that was invested in clean energy in Latin America and the Caribbean between 2006 and 2011.

“What Climatescope does is measure progress on these fronts on a very granular level, measure by measure, country by country”, said Michael Liebreich, chief executive of BNEF.

“It is the first time anyone has attempted to do this, and we think it will prove of enormous value as Latin American and Caribbean countries strive to attract funds to accelerate their green growth trajectories.”

As one of the emerging nations that make up BRIC – Brazil, Russia, India, China – it’s unsurprising that the country has topped a renewable energy investment opportunity table.

Hydropower was by far the biggest contributor to this total, but it’s not all rosy. For some time, the Brazilian government has highlighted its vast rivers as a source of clean power, and it’s currently working on constructing the Belo Monte Dam across the Xingu in the north of the country.

But local people affected by the development have begun to protest, after fears were raised over the wider implications of the proposed dam, which included flooding rainforests, destroying homes and releasing high amounts of greenhouse gases into the atmosphere.

Excessive costing and inefficient energy production have also been highlighted as possible reservations over the construction.

Investing in clean, limitless energy is the only sustainable option for the planet, its people and the prosperity of economies. But we have to make sure that the repercussions from harnessing power from renewable sources don’t undo the potentially ground-breaking work that’s being done.