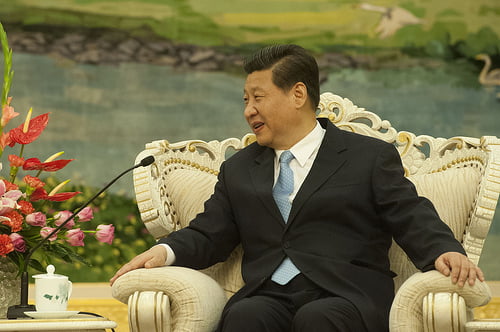 The US election has dominated western news in the past few weeks, while China’s presidential change has progressed behind the scenes. But it’s what the Chinese do over the next few years that will shape the global economy and environment. The question is: is the world ready for a Chinese-led century?

When it comes to renewable energy, China is up there with the very best. It was deemed the most attractive country for renewables investment by Ernst & Young earlier this year, and was reported to have spent some $52 billion on clean energy in 2011 – one fifth of the global investment total. Compare this with its share of global GDP – just over a tenth – and it’s clear that China is at the forefront of the renewables industry.

Its innovation in this field is admirable, and is one of the reasons why the country is expected to become the world’s biggest economy within the next decade (or even within the next four years, according to the Organisation for Economic Co-operation and Developement (OECD)) and the first Asian superpower. Its transformation is one of the biggest geopolitical shifts ever witnessed.

But China is also investing heavily into fossil fuels to keep ahead of rising energy needs. A 2011 study by Boden et al found that coal production and use in the country had increased ten-fold since the 1960s. This has led to a massive increase in carbon dioxide emissions, which have more than doubled since 2000, and it overtook the US as the biggest emitter on Earth in November last year.

It is home to 19.5% of the world’s population, but emits over 25% of the carbon (the US has 4.5% of the population but emits nearly 18% of the carbon). China’s figures are equivalent to the emissions of the 201 least-polluting countries on the planet. But if it consumed as much fossil fuels and produced as much CO2 per head as the US or the EU does, the world would be a very different place to live in.

But there is hope, particularly amongst the younger generation in China. The country isn’t necessarily heading on a one-way trip to environmental destruction just yet.

The Carbon Trust released statistics in April that appeared to indicate a very positive attitude amongst China’s young adults, with 83% willing to show loyalty to brands that actively reduce their carbon footprint.

What China does possibly matters more to the world’s future than any other country on the planet. Its new president Xi Jinping, 59, will begin his decade-long rule after the country’s leaders held final secretive talks to determine the transition to the next generation. It is this generation who will take the country across the climate’s critical tipping point of 2015.

When it comes to energy, there is some hope that Jinping will lead China on a sustainable path. His niece is married to British businessman, Daniel Foa – president of one of China’s leading cleantech investors, FairKlima Capital.

But his job will not be an easy one. Opting for sustainable energy and environmental protection instead of growth-at-all-costs is a decision that Jinping must make if we are to stand a chance of tackling climate change.

Let’s hope for the planet’s sake that he, along with the coterie of other senior leaders, makes the sustainable choice.