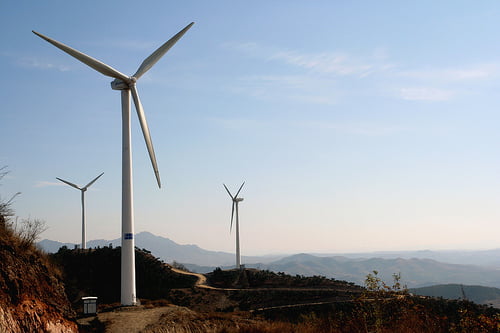 Ernst & Young’s latest Country Attractiveness Indices (CAI) has found that although investment in clean energy was at its lowest level since 2009 at the beginning of this year, the positive long-term outlook for the sector continues to overshadow any pessimism.

China remains the most attractive country for renewable energy investment, with the US and Germany taking second and third places respectively. The UK dropped from fifth to sixth, whilst Japan was the biggest mover, propelling up six places to tenth.

“The growth of China’s wind sector continues to be stifled by insufficient access to the grid, while a boom-bust scenario appears to have returned to the US as a result of uncertainty over the expiry of key stimulus programs”, said Gil Forer, Ernst & Young’s global cleantech leader.

“In Germany and Italy, tariff cuts and grid challenges have reduced short-term attractiveness, while the end of a key tax break incentive in India is likely to dampen wind sector growth through 2012.

“The news is more positive in other parts of the index, with several countries including Mexico and Chile announcing new national targets for clean energy generation or reaffirming government support through incentive schemes.”

Whilst the short to medium-term view might be hazy, the long-term investment outlook, Ernst & Young says, remains positive, as “more mature technologies move ever closer to grid parity”.

The UK’s slip down the ranking is partly attributed to its commitment to gas. In his budget statement in March, George Osborne declared that the energy form will be the “largest single source of our electricity in the coming years”.

Further uncertainty in the solar sector, relating to the Government’s ambiguous stance with the feed-in tariff scheme, is another reason for the UK’s lower spot.

“There is significant concern across the green energy sector that the Government will shift its focus towards natural gas as an alternative to renewables”, said Ben Warren, Ernst & Young’s energy and environmental finance leader.

“The Electricity Market Reform needs to deliver the right framework to stimulate investment across all forms of energy generation, including renewables.

He added that the recently published draft energy bill was a “welcomed step in the right direction”.

Potential and indeed, existing renewable energy investors are urged not to be put off by some statistics that could quite easily be read negatively. Instead, as with all sustainable investment decisions, looking to the long-term cannot be stressed enough.

Have a read of Blue & Green Tomorrow’s Guide to Sustainable Investment to see how investing in renewable energy and other sustainable places can help not only your back pocket, but the planet and its people, too.