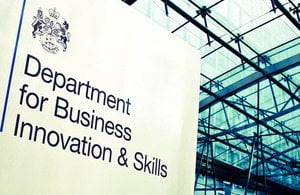 New legislation will come into effect this Thursday under The Consumer Rights Act 2015. The new rules are set to replace eight current pieces of legislation, including The Sale of Goods Act (1979), The Supply of Goods and Services Act (1982) and the Unfair Terms in Consumer Contracts Regulations (1999). Older consumer laws don’t take into account a lot of recent development, such online/mobile shopping.

Consumer law is changing on 1 October 2015, as the Consumer Rights Act comes into force.  The Act is part of the government’s reform of UK consumer law and is predicted to boost the economy by £4 billion over the next decade by streamlining complicated law from eight pieces of legislation into one place.

It will also introduce a range of new rights for consumers when it comes into force on 1 October 2015 including a 30-day time period to return faulty goods and replacement rights for faulty digital content.

In March, the then Business Secretary Vince Cable said: “This is the biggest shake up of consumer law for a generation, bringing legislation in line with the fact many people now buy online. Consumers will now be much better informed and protected when buying goods or services on the internet. They will now be entitled to get for the first time a free repair or replacement for any faulty digital content.”

The changes will cover:
– what should happen when goods are faulty
– unfair terms in a contract
– what happens when a business is acting in a way which isn’t competitive
– written notice for routine inspections to be given by public enforcers, such as Trading Standards
– greater flexibility for public enforcers to respond to breaches of consumer law, such as seeking redress for consumers who have suffered harm

As well as these changes there are two new areas of law covering:

1) what should happen when digital content (eg online films, games, e-books) is faulty – the act now gives consumers a clear right to repair or replacement

2) how services should match up to what has been agreed, and what should happen when they do not or when they are not provided with reasonable care and skill (eg giving some money back if it is not practical to bring the service into line with what was agreed)

Hannah Maundrell, Editor in Chief of money.co.uk comments on the introduction of the new Consumer Rights Act 2015 on the 1st October: “It’s fantastic that we’re finally able to benefit from the biggest overhaul of consumer law in several decades brought in by the new rights, but it doesn’t mean a thing if consumers don’t know about them.

“It’s a complex rulebook, but the key point is that any ‘wriggle room’ retailers previously had when it came to refunds has been well and truly stamped out. Now, if you buy a product – whether physical or digital – and discover a fault within 30 days you’ll be entitled to a full refund. The party really is over for retailers that try to argue the point.

“Whilst these changes are wonderful the most important point is that consumers fully understand their rights before they attempt to get a refund. Assuming retailers are fully trained and up to speed with the correct legalities around issuing refunds could be a big mistake – knowledge really is power when it comes to getting your money back. Being fobbed off isn’t an option anymore, shoppers must stand tall and fight for their rights.”

You can read more following these links