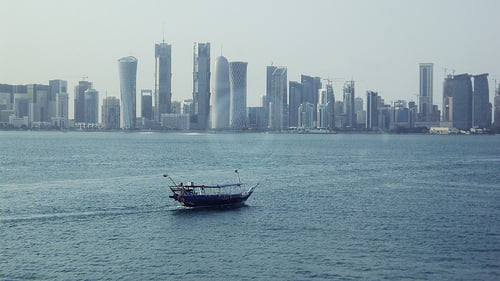 Governments and delegates from across the United Nations will begin talks in the Qatari capital of Doha today, as two weeks’ worth of climate change discussions get underway.

Officially known as the 18th Conference of the Parties (COP18), the talks will attract some 17,000 people from almost 200 countries to oil-rich Qatar – the first time it has been held in the Middle East since it began in 1995.

Discussions at last year’s event – COP17, which was held in Durban, South Africa – stalled for a number of days, before a deal was eventually made 36 hours after the conference officially closed.

Countries including China and the US agreed to implement a new climate treaty, with talks on a new legal deal beginning this year and continuing until 2015, to come in place in 2020.

“Now more than ever, the issues at the heart of these negotiations are at the forefront of global debate and discourse”, he said.

“All seven billion people living on the planet share a single challenge: climate change. This is why we gather at the highest official levels in an international framework; this is our mission.

“If we do not make the changes we need to now, it will soon be too late. We must decide whether we let our lifestyles jeopardise our life.”

Energy secretary Ed Davey and energy minister Greg Barker are the UK’s representatives, and will be attending the second week of talks in Doha.

“A global effort is needed if we are to achieve our climate goals – we need to pave the way for the new global deal while delivering more action now”, said Davey.

“Many developed and developing countries have already come forward with pledges under the UN framework to reduce their emissions by 2020. I want to encourage more to do so at Doha and beyond.

“Here in the UK we are driving forward our plans to move to a lower-carbon energy mix, and this week we will be publishing the energy bill which will enable this.

A study by the United Nations Environment Programme (UNEP) last week outlined how measures to reduce the amount of greenhouse gases in the atmosphere do not currently go far enough to avoid a global temperature rise of below 2 degrees, but it’s hoped that the two-week event in Qatar will go some way to finding a sustainable solution.

The Telegraph published a handy Q&A for the climate talks in Doha this morning, which should answer any further questions you may have about the conference.

Deal made at Durban

UN claims global emissions reductions are not yet sufficient