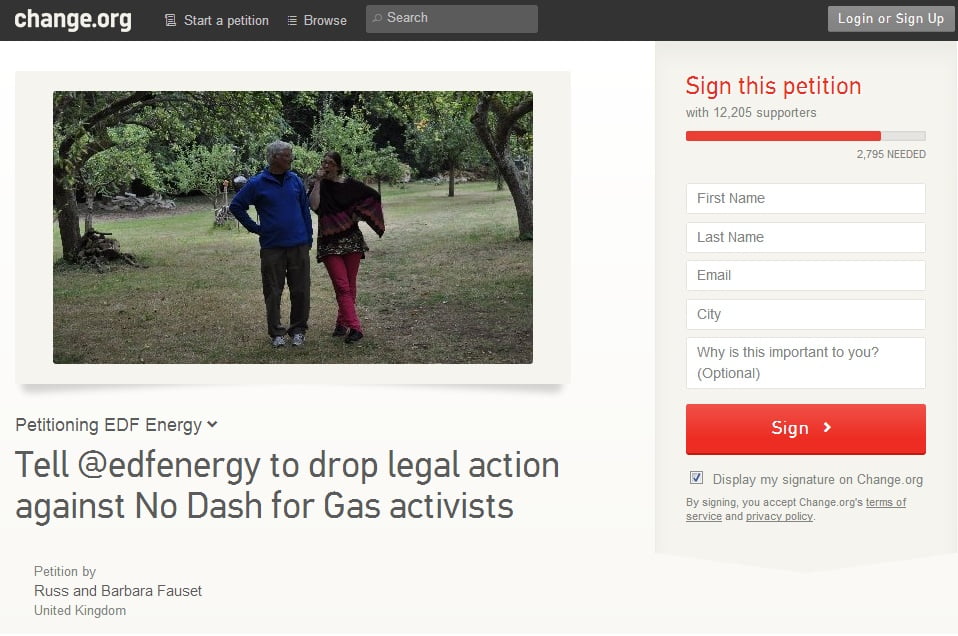 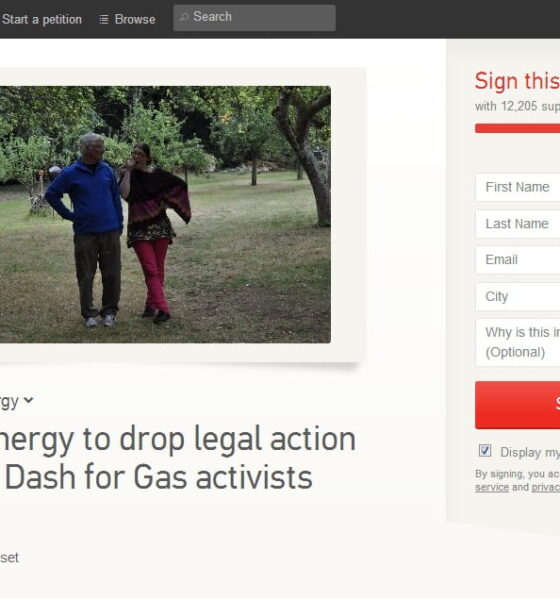 More than 12,000 people in 24 hours have signed a petition calling on energy giant EDF to drop a £5m civil claim against activists who occupied one of its power plants last October.

A total of 21 activists from campaign group No Dash for Gas pleaded guilty to charges of trespass on EDF’s West Burton gas plant at Mansfield magistrates court last Wednesday.

EDF is seeking compensation for loss of profits, reportedly worth £5m. All who pleaded guilty to these charges are awaiting sentencing between March and April.

A petition was set up on Change.org by semi-retired schoolteachers Barbara and Russ Fauset, the parents of Claire Fauset – one of the activists that has pleaded guilty – and since its inception, over 12,000 people have added their support.

“It’s heartbreaking to think that Claire and her friends are being punished for putting themselves at risk for the good of humanity”, the petition reads.

Environmental groups Friends of the Earth and Greenpeace are among those that back No Dash for Gas’ cause, while Xena: Warrior Princess star Lucy Lawless took to Twitter at the weekend to urge people to sign the petition.

Hundreds of people have also flocked to EDF’s Facebook page and Twitter account to express their outrage, and call for a drop of the civil action.

One commenter said, “Stop bullying rightful protestors”, while another wrote, “Put your efforts to converting to renewables and show leadership in clean energy itself.”

Lawrence Carter, a protester with No Dash for Gas, wrote a piece for Blue & Green Tomorrow over the weekend about how EDF’s action should concern us all.

He said, “Discovering that you’re being sued for £5m by a gigantic, state-owned, multinational corporation is a pretty overwhelming experience; particularly when you realise that this is a company that makes an annual profit of £1.7 billion by ruthlessly pursuing vulnerable customers who are struggling to pay their energy bills.”

You can add your signature to the online petition here.