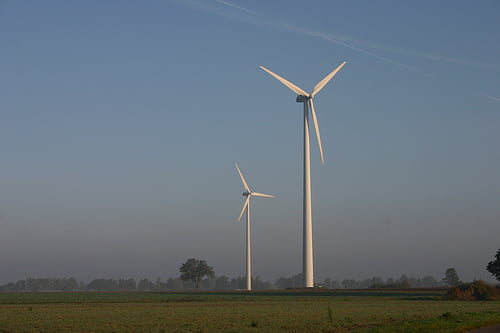 The Government has published a draft version of the energy bill, which it hopes will revitalise the market. But questions remain about the affordability of energy prices for consumers.

The draft bill sets out an increased reliance on nuclear power, saying that new nuclear plants will be built for the first time since the mid-90s.

The document also calls for an approach that “recognises [that] gas generation will continue to play a critical role, in the short and medium terms, as a reliable and flexible electricity source to meet core demands now and balance demands in the future.”

The UK’s continued commitment to gas-powered stations ties in with George Osborne’s budget statement in March, in which he highlighted it as “the largest single source of our electricity in the coming years”.

In a written statement published alongside the draft bill, energy secretary Ed Davey said, “At the heart of our electricity market reform measures are feed-in tariffs,  with contracts for difference (CfDs), long-term instruments which will provide stable and predictable incentives for companies to invest in low-carbon generation.”

He added that the bill will provide “regulatory certainty” for investors – something that the renewable industry has been severely short of during the feed-in tariff saga that continues to rage on.

The Guardian today questioned whether a boost for nuclear and the continued backing of gas will enable the UK to reach its climate target, which is currently a 34% carbon reduction by 2020, relative to 1990 levels.

The UK has a legally binding target to produce 15% of its energy from renewable sources by 2020. In an attempt for the clean power sector to thrive, the Government will be implementing a so-called CfDs.

“CfDs are more affordable than alternative incentives and will mean a better deal for consumers”, claimed Davey.

In a piece on The Telegraph this morning, energy minister Charles Hendry admitted that consumer energy bills could rise by as much as £200 under the reforms laid out by the draft bill, but Davey reiterated the “affordable” aspect of the proposed legislation.

He concluded: “I am confident that measures contained in this energy bill will enable us to keep the lights on, bills down and air clean.

The bill will go through pre-legislative scrutiny with the Energy and Climate Change Select Committee then publishing a report with recommendations before it is introduced into Parliament, and achieves royal assent in 2013.

We’ll be running through a selection of industry thoughts later on today, so be sure to check back for all the latest reaction to the publication of the draft bill.

In the meantime, below is an infographic charting the UK’s energy consumption from various sources between 1970 and 2010.

Energy consumption in the UK: Ben Willers. (Click to enlarge).