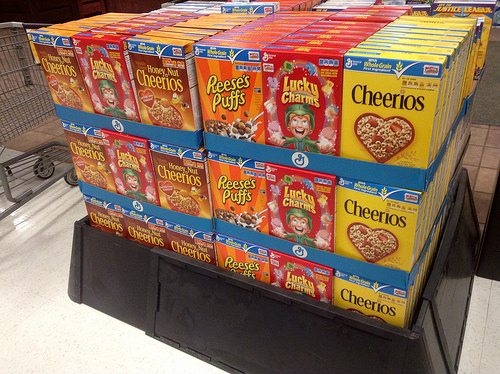 The food and drink multinational has published a new climate policy promising to reduce greenhouse gas emissions from its operations and suppliers, cut food waste and engage with governments and NGOs to promote climate action.

In its new policy on climate, the food giant said, “As a global food company, General Mills recognises the risks that climate change presents to humanity, our environment and our livelihoods.

“Changes in climate not only affect global food security but also impact General Mills’ raw material supply which, in turn, affects our ability to deliver quality, finished product to our consumers and ultimately, value to our shareholders”.

The company, which owns brands such as Cheerios, Green Giant, Nature Valley, Pillsbury, Betty Crocker and Progressive, was among those targeted by Oxfam’s Behind the Brands campaign criticising social and environmental standards of the world’s largest food companies.

Among new commitments by General Mills are a series of emission reduction targets in various areas – including the agricultural sector and supply chain, achieving zero net deforestation in high-risk supply chains by 2020 and signing the Climate Declaration.

Monique van Zijl, campaign manager for Oxfam’s Behind the Brands campaign said, “Rather than stand by silently as increasingly dangerous conditions undermine its business and the food we all eat, General Mills aims to be part of the solution. Political leaders and others in the industry should take note.

“This would not have happened without the remarkable outpouring of public action from individuals who are fed up with the lack of effort to address climate change from too many food companies and governments. It’s further evidence that consumers can really change how companies operate if they raise their voice.”

The company has also joined the Business for Innovative Climate and Energy Policy (BICEP) to advocate on climate action.

Mindy Lubber, president of responsible investors’ network Ceres, which manages BICEP commented, “General Mills is showing increasing leadership on climate change and we are proud to welcome the company as our newest member of BICEP. With General Mills’ global commitment to sustainable sourcing and the work it is doing to reduce GHG emissions in its direct operations and in agriculture, the company brings a lot to the table.”