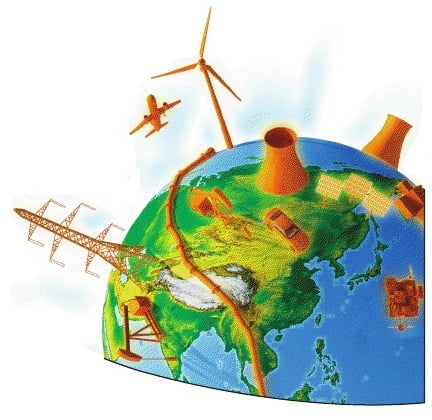 Next week, September 18-19, dozens of the world’s most distinguished names in the energy sector will come together for the Financial Times’ annual Global Energy Leaders Summit, and Blue & Green Tomorrow will be there to bring you all the latest goings-on.

Taking place at the prestigious Millennium Hotel in Mayfair, London, over two days, the Summit’s theme is Doom or Boom? Energy Security in Uncertain Times.

A number of global leaders, innovators and policy makers will be attending and speaking at the event, which aims to lay out a “critical pathway to future growth and sustainability” in terms of energy.

A preview of the Summit on its official website picks out the “political turmoil” in places like the Middle East and North Africa, as well as the Fukushima disaster that occurred in Japan last year, as drivers for the energy industry’s current era of uncertainty. It’s hoped that attendees of the event will be able to reach a consensus over the best, most cost-effective and most sustainable possible path for the global energy industry to go down.

Among the other names speaking at the event is James Cameron, chairman of Climate Change Capital who also spoke at the Sustainable Finance Conference, an event put on in June by the Financial Times (FT) in association with the International Finance Corporation (IFC).

Partner at WHEB Asset Management Ben Goldsmith, who appeared as one of B&GT’s Green Dragons last year, is also set to make a speech, as is Sir John Beddington, the government’s chief scientific adviser.

A full list can be found on the FT’s website, but we’ll be looking at a number of the speakers in more detail in the run-up to the event next week.

In the meantime, B&GT’s recent Guide to Limitless Clean Energy ought to provide a number of attendees with food for thought over the role of renewables in the world’s future energy mix.