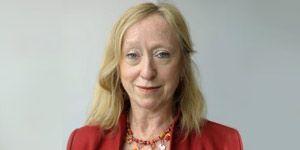 Gaeia celebrates 20 years at the forefront of ethical investment advice

Gaeia – a Manchester-based ethical independent financial adviser (IFA) – is celebrating its 20th anniversary this week. After two decades of business, the company remains a staunch advocate of responsible, sustainable and enlightened investment.

Financial adviser Brigid Benson set up Gaeia in 1993, becoming one of the UK’s first firms to offer advice on green and ethical investment. With a keen interest in fair trade and the environment, Benson launched Gaeia to support investors that cared about their wider impacts of their finances.

Speaking during the company’s 20th anniversary week, she said, “A different approach is needed to investments. Environmental issues are right up there on the business agenda. Finding long-term solutions for sustainable growth is key.

“If people had believed what Friends of the Earth and the International Panel on Climate Change were reporting in 1993, I’m sure many more people would have jumped at the chance to have included ethical and environmental investments in their global portfolio.”

Industries that fail to take responsibility for their environmental impact and their workers’ wellbeings are some of the key concerns for Gaeia. It also supports a range of local initiatives such as Band on the Wall – an  programme that engages with schools and deprived communities – alongside the Manchester Literature Festival.

“The movement has really gathered momentum over the past three decades, coinciding with an increase in consciousness of global environmental issues and corporate social responsibility.”

There are many different approaches to being green and ethical in your finances. From funds that exclude destructive sectors, to those that choose to concentrate on themes such as renewable energy and encouraging responsible behaviours.