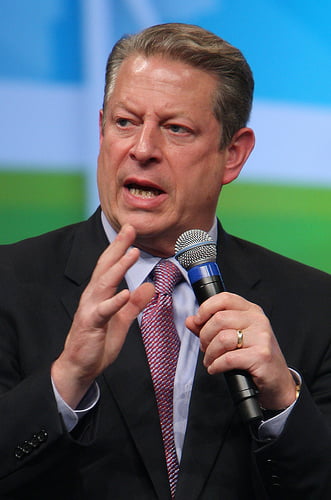 Former US vice-president Al Gore has criticised the UK government over its environmental commitments, adding that the stance taken by the chancellor George Osborne was “seriously misinformed”.

Speaking to Channel 4 News yesterday evening, Gore, an ardent green campaigner who has won several awards for his activism, said the coalition had forgotten its “greenest government ever” pledge.

“There [were] such hopeful signs when prime minister Cameron came into power”, he said.

“I have worried that there are influences in his party that have backed him off but I don’t give up hope and I think it is cause for optimism that both in the United Kingdom and in the United States, solid majorities of people want to see this issue dealt with.”

Gore, whose 2006 film An Inconvenient Truth is one of the highest-grossing documentaries of all time, went on to condemn Osborne’s position on mixing economic growth with environmental sustainability. The chancellor has been vocal on this in the past, saying in 2011, “We’re not going to save the planet by putting our country out of business”.

“Business suffers from flooding and from drought, from these wind storms. Sustainable business prosperity really has to be based on a view of the future that is grounded in facts.”