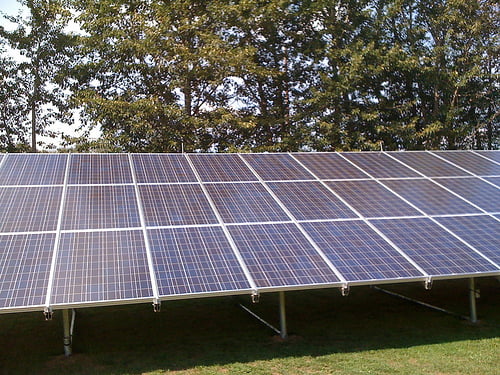 Goldman Sachs is planning to invest 300 billion yen (£1.9 billion) in Japanese clean energy projects, in an effort to boost the renewables market post-Fukushima.

The US bank has created the Japan Renewable Energy Company to plan and design new solar and wind power developments.

Ankur Sahu, co-head of the merchant banking division in the Asia-Pacific region, told Bloomberg,  “We believe that we can leverage our global expertise in investing in renewable energy in places such as the US and India, to help expand Japan’s renewable power capabilities.”

Nuclear reactors were progressively shut down in the aftermath of the 2010 Fukushima disaster, but the Japanese government revealed in January that it may reenter the market at some point.

In the meantime, though, since the country heavily relies on oil and gas imports, it is looking at cleaner alternatives to supply its energy.

Since 2009, Japan has increased its renewable energy production thanks to the rollout of hydropower, solar, geothermal and biomass. Post-Fukushima, it has made great strides in solar, wind, wave and tidal.

In January, Goldman Sachs was recognised by spoof event, the Public Eye Awards, which singled out the US firm as “one of the main winners of the financial crisis”.

Former executive director Greg Smith made headlines last year when he resigned from his role, citing the “toxic and destructive environment” in which Goldman Sachs operates.

However, the bank announced in May last year that it would invest $40 billion in renewable energy projects over the next decade. It said the industry possessed “the biggest investment opportunities in recent years”.