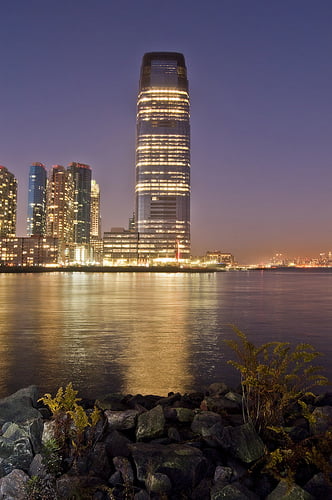 Clean energy has been singled out as arguably the biggest investment opportunity in recent years by Goldman Sachs, which has announced it will be pumping some $40 billion in the sector over the coming decade.

“Obviously we recognise this is not the easiest of times in the clean energy market but nevertheless the underlying thesis as to why cleaner and more sustainable forms of energy need to scale up still holds true”, said Kyung-Ah Park, head of environmental markets at Goldman.

He added that by the end of 2011, the firm had met its $1 billion target to invest in sustainable projects four times over, whilst their financing of such developments reached $24 billion.

The last time Blue & Green Tomorrow ran a story dedicated to the US bank, it didn’t shed it in a particularly favourable light.

Former executive director Greg Smith caused a stir amongst the mainstream media in March when he publicly announced his intention to resign from his post, claiming the organisation’s “toxic and destructive” business environment had caused him to lose faith in it.

But putting that fiasco firmly behind them, officials at the Wall Street bank claim that not since Goldman economist Jim O’Neill had coined the term “BRIC” around ten years ago in reference to Brazil, Russia, India and China – four of the fastest-growing economies on the planet – had the firm witnessed such a potentially lucrative investment opportunity.

Reuters, though, claims that some analysts believe the $40 billion figure to be somewhat of a “charm offensive”, but despite the firm’s chequered past, an investment of this size in sustainable areas is undoubtedly a positive step forward, and one that should be championed.

For more information about sustainable investment, and why it’s so vitally important for the good of the planet, its people and the economy, read our recent Guide to Sustainable Investment.