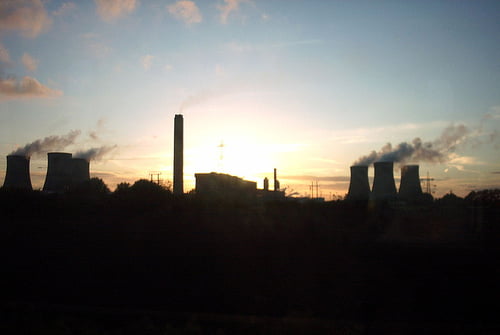 The UK’s economy would be £20 billion better off by 2030 under a scenario in which offshore wind investment continues steadily, rather than investing heavily in gas, according to a report commissioned by WWF-UK and Greenpeace.

The study, written by Cambridge Econometrics, maps out two scenarios; one of which sees the UK offshore wind industry maintain its growth between now and 2030, while the other sees no new investment in offshore wind past 2020, and instead, gas is relied upon significantly more.

As well as outlining the long-term economic benefits of continued investment into wind – the UK’s GDP would be 0.8% higher than in a ‘dash for gas’ situation – the report also highlights that 70,000 more full-time jobs would be created if this were the case.

And carbon emissions in the energy sector would also be two-thirds lower in the offshore wind scenario than the gas – something that would help the UK meet its legally-binding emissions reduction targets.

“Much of the debate around the choice between gas-fired and offshore wind electricity generation in the years post-2020 assumes wind is more expensive. This study presents powerful evidence to the contrary”, said Paul Ekins, professor of resources and environmental policy at University College London, who added that the lack of a decarbonisation target in the government’s recently-published energy bill is a big error.

“The results show it is a great economic, as well as environmental mistake not to include the 2030 target in the energy bill. Such a target, by giving greater assurance to investors of the post-2020 direction of travel of UK energy policy, is a no-regrets option, encouraging investors to locate their wind supply chain in the UK, but representing the right economic choice even if this does not happen.

“The results are robust even to assumptions of lower than expected gas prices, and pessimistic assumptions about offshore wind supply chain development in the UK.”

Meanwhile, David Nussbaum, chief executive of WWF-UK, said that the report outlines that the UK needs investment in wind to ensure its economy prospers in the future.

“The International Energy Agency and [the Department of Energy and Climate Change (DECC)] are both forecasting continued increases in the price and imports of gas over the next 20 years, so too much dependence on gas would leave the UK very exposed to future price shocks.

“With the energy bill now before parliament, it’s high time for the government, and especially the chancellor, to open their eyes to the benefits that wind and other renewables will deliver for both the economy and the environment, and seize this opportunity before it goes elsewhere.”

Despite the publication of the report, The Telegraph revealed today that by 2030, the UK could have 30 extra gas-fired power plants on the grid. DECC’s strategy is expected to include a target of 26 gigawatts (GW) of new gas infrastructure – a 6GW increase on current plans – while another scenario outlines the possibility of 37GW of gas plants, which would see the fossil fuel account for almost half of the UK’s energy by 2030.

This is regardless of the fact that the government’s official climate advisers, the Committee on Climate Change, warned in September that a so-called ‘dash for gas’ could in fact be illegal in a letter to energy secretary Ed Davey.

“Another dash for gas in the UK will be a mistake, for there are reasons to question the idea of low global gas prices over the long-term, as well as the supposed benefits of shale gas in terms of lower life-cycle greenhouse gas emissions”, said Ben Caldecott, head of policy at Climate Change Capital.

“In heavy coal users, such as the US, China, India, and South Africa, efforts to switch from coal to gas could make a significant dent in global emissions. But in countries like the UK, Germany and Japan – all undergoing structural energy reforms – more gas might not just displace coal. Instead it could end up displacing renewables, which would make tackling climate change more challenging, not less.

“While some gas in the UK will be needed for flexible generation capacity, higher levels of penetration will hold back the development of the low-carbon technologies needed to ensure cleaner, cheaper and more secure power over the long term.

“What we need is a more robust, future-proofed energy strategy, so that Britain can manage long-term uncertainty and volatility. Going for gas in a big way fails this test, as it shields us from nothing, but exposes us to a wide range of risks that the UK has little or no control over.”

Meanwhile, Friends of the Earth’s executive director Andy Atkins called the strategy “reckless”, adding that a dash for gas would “send the nation speeding in the wrong direction”.

The Treasury’s gas plans, which are expected to be officially revealed in George Osborne’s autumn statement tomorrow, come as a Bloomberg New Energy Finance study claimed that investment into renewable energy has halved in just three years, amid uncertainty in government policy.

But the energy bill, which was published on Thursday, went some way to installing much-needed stability for renewables investors, despite the lack of a decarbonisation target.

“Investors are waiting to press play on billions of pounds of investment in renewable energy technology – all they’re asking for is long term certainty. The government’s energy bill doesn’t currently give it”, said Greenpeace executive director John Sauven.

“Investment in wind energy will allow us to kick our expensive and polluting gas habit.

“We already give billions to Qatar every year for gas imports – this report proves it would be much more prudent to invest that money in UK renewable energy instead.”