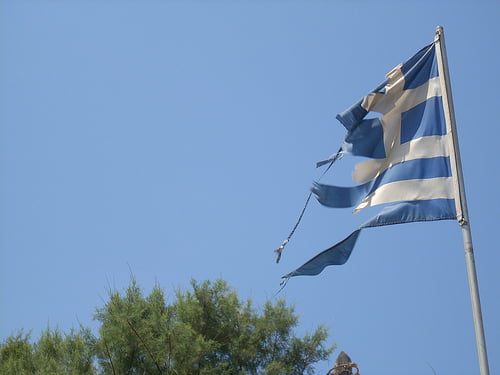 Boasting one of the worst economic failures the world has ever seen, Greece is in much need of repair after domestic mismanagement and the crisis in the eurozone. But there lies a partial solution in the form of clean, limitless and domestically-produced energy.

In April this year, former Greek Prime Minister, Lucas Papademos, highlighted renewable energy as a “national priority” for the country. Just over a month later, he announced his intention to stand down and with that, his vow to further Greece’s clean energy sector was sidelined.

With its debt now in excess of 165% of its GDP, the country is in desperate need of short and long term fixes to patch up its broken economy. And maybe Papademos was onto something.

As a nation, Greece imports over 65% of its energy, according to figures from the World Bank. Although this number has decreased by about 2.5% over the last two years, the need for domestically-produced power has never been greater. Limitless clean energy, by definition, emerges as one answer to the problem.

Whilst leading the government, Papademos had brought up a plan to produce 100% of the country’s energy from renewable sources by 2050 – a target that matches the ambition of the likes of Germany and Denmark – renowned world leaders in renewables.

And it’s solar power that is touted as the driving force behind this push. A venture under the name Project Helios was announced last year, and aims to attract €20 billion of investment in the technology, increasing the country’s solar capacity from 206 megawatts (MW) in 2010, to 2.2 gigawatts (GW) by 2020.

Given the success of Germany’s solar industry in recent months, which over one particularly sunny weekend in May produced a 22GW of electricity per hour, all the signs point to Greece thriving in the sector.

Wind power is also on its radar. European developer Proventus Renewables this week agreed a deal with Greek firm OMEGA to install and run 17 renewable energy projects in the country.

The developments will collectively produce up to 421.2MW of electricity, with Greece possessing a number of “favourable locations for optimal production of wind energy” according to Proventus.

With the expansion of its renewables industry, Greece has the opportunity to not only produce its own clean power, but also become a net energy exporter. This would see it claw back some of the debt it has incurred and go some way to alleviating some of the financial constraints brought on by the eurozone crisis.

Limitless clean energy, as Blue & Green Tomorrow’s recent guide detailed, presents individuals, communities, businesses and countries with an almost unique opportunity to thrive. It should form the backbone of economies, and not be just a mere side-project.