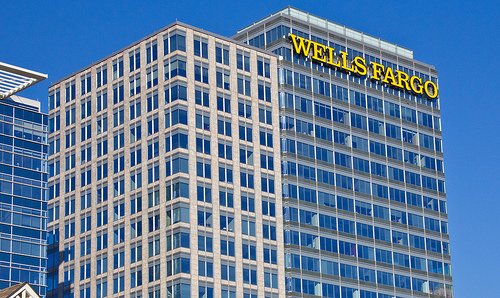 Despite financial institutions readily backing green investment—as exemplified by Wells Fargo’s $30 billion announcement—governments are failing to see the long-term picture and fast losing a grip on the future.

Wells Fargo, a community-based financial services company with $1.3 trillion in assets, announced on April 23 its enhanced commitment to environmental leadership in the form of $30 billion in loans and investments to support a greener economy by 2020.

Wells Fargo chairman, president and CEO John Stumpf said, “Our commitment to the environment reflects our belief that Wells Fargo’s responsibility as a corporation goes beyond its mission of helping customers succeed financially. We also have a major role to play in promoting the long-term economic prosperity and quality of life of the communities we serve.

“By bringing our talents and resources to these efforts, we seek to work jointly with businesses and communities in protecting and preserving this planet and its precious resources for future generations.”

And Wells Fargo is not placing such a large bet on pure whimsicality. They have picked up on a growing trend in consumer thinking.

“We share their values and concerns and are acting on them through a broad-based, financially powerful approach to the environmental opportunities and needs we see on the horizon. We hope to demonstrate that progress for Wells Fargo and for the communities we serve does not have to come at the expense of the planet we share.”

It is a hugely satisfying standpoint backed by an incredibly strong set of commitments over the next eight years. Besides stumping up $30 billion for wind and solar energy, clean technologies, energy efficient buildings and environmentally responsible public financing, the bank also plans to reduce the impact of its own operations, including a 40% increase in energy efficiency and 65% waste diversion.

The banking giant also acknowledged the importance of accountability and transparency in its supply chain—an issue of increasing concern as global issues threaten companies beyond their traditional borders.

Indeed, following a recent Eurosif Procurement Theme Report, executive director François Passant noted, “As supply chains are getting more and more complex, investors are increasingly scrutinizing how companies manage the risks related to the different tiers of suppliers. A particular focus should be placed on environmental and social risks as these can have direct reputational and financial impacts”.

The positive announcement comes at a time when the mainstream banking and financial sector is under great scrutiny and follows recent news that sustainable banks are outperforming their traditional counterparts.

On the other side of the rather large coin, is the severe myopia at governmental level on the very same concept—a greener economy.

An Ernst & Young report released ahead of the Durban Climate Change Conference at the end of 2011—Durban Dynamics: navigating for progress on climate change—revealed that European governments were failing to meet commitments in carbon emissions targets and green investment because of self-inflicted, short-term austerity measures.

Sadly, this mindset been magnified by the UK government of late through an environmentally shy budget and prime minister David Cameron shrinking from his mission to lead the “greenest government ever”.

It is not unusual for the private sector to take the lead and recognise the financial implications of global issues ahead of slow moving governments. But a continued “business-as-usual” approach has dangerous implications not only for the planet as climate change is pushed further down the agenda but also for continued prosperity.

Opting for short-term financial rewards instead of focusing resources and investment on driving a greener economy will cost us dear on many levels in the not too distant future.

Though initiatives such as the Green Investment Bank are a nice gesture, sustainable investment must be the keystone of government policy and not simply a fair-weather, good-times election winner.