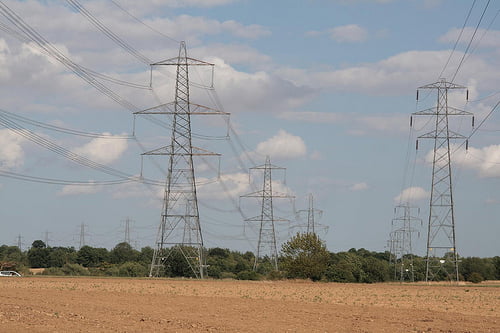 In the wake of the publication of the draft energy bill by the Government today, issues surrounding consumer bill prices and climate targets have been raised.

Picking out the best comments on the news, Blue & Green Tomorrow rounds up some views from a number of organisations in the space.

Senior energy campaigner at Friends of the Earth, Paul Steedman:

“After 18 months of dithering, this bill doesn’t even set out a clear purpose, when it should make a simple commitment to decarbonising our electricity supply by 2030.

“All the bill contains is a desperate attempt to prop up the dying nuclear industry and a way of letting in dirty gas by the back door, even though soaring gas prices have led to rocketing bills.

“More gas and new nukes will only add to bill payers’ pain.

“The Government should listen to 85% of people and support clean British energy from our wind, sun and water, as well as cutting energy waste.

“This would kick-start our struggling economy by creating thousands of jobs, give much-needed relief to customers struggling with fuel bills, and boost the Government’s green credentials.”

“Electricity bills are forecast to keep going up because of increasing gas prices. Ed Davey has acknowledged that shale gas isn’t going to make much impact on the UK.

“The electricity market reform should limit price increases and not be the cause of higher electricity bills for consumers.”

“While it is reassuring to see some progress on the energy bill, it’s now important that Parliament not only gets it right, but does so as a matter of urgency.

“With over a fifth of the UK’s generating capacity coming off stream before 2020, we face a real risk of electricity shortages in the second half of the decade.

“The clock is ticking to create the market certainty that will unlock billions of pounds of private sector investment, generating many new jobs across the UK, and securing an affordable supply of energy.

“We are still some way from having a detailed picture of how the electricity market will look in the future, on which the success of these reforms depends. With major investors waiting in the wings, these details are needed as soon as possible.”

“Today’s draft bill is a crucial step as it signals the shift from a debate on policy direction into the details of policy execution.

“It is clear that the Government has been listening hard to the industry and has accepted the need for an overall strategy and policy statement, as well as the need for transitional arrangements that can be activated quickly.

“The level of detail included in the bill and the supporting documents is testament to the complexity of electricity markets and indeed the challenges that still lie ahead.

“The detail provided starts to give generators a picture as to how the new arrangements will be administered and run and what they may mean for them.  However, energy suppliers will be concerned about the lack of detail on future regulations and obligations that they may be required to accept.

“The critical challenge over the next 12 months is for the debate on market reform to converge on agreed and workable solutions.”

Member of the Energy Policy Panel at the Institution of Engineering and Technology (IET), Robert Sansom:

“We are surprised that no reference is made to demand in the announcement made today.

“Support for low carbon generation will inevitably result in higher prices for consumers, but these price increases can be offset by improvements in energy efficiency, thereby reducing energy consumption, which is also better for the environment.

“In addition, demand has a crucial role to play in reducing the amount of capacity required. The reforms to the electricity market must recognise this role and ensure incentives are available to reward customers accordingly.”

“The Government’s persistence with contracts for difference is playing with fire.

“These overly complex instruments risk skewing the market towards nuclear and the big six at the expense of renewable energy and smaller suppliers.

“They will restrict competition in the market, rather than attracting the new investment the industry needs, and the result is that consumers will be the losers in the long run because they will end up having to pay higher prices.

“There is an alternative initially proposed by the government – a straightforward premium feed-in tariff would address these problems.

“Renewable energy sourced in the UK is better for our energy security and will lead to lower and more stable prices in the long run, and mean that money spent on our energy bills is re-invested here in the UK.

“We’ve got a once-in-a-lifetime opportunity to get this right; if the government blows it we’ll be tied into gas and expensive nuclear and prices will continue to spiral higher.”