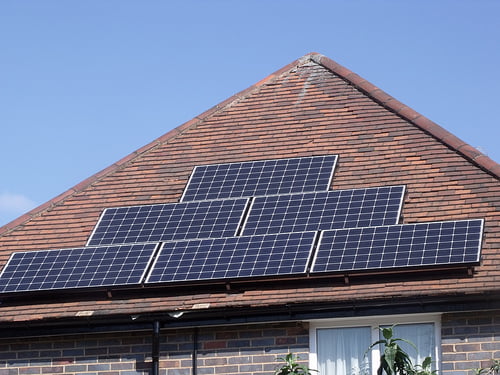 The feed-in tariff (FiT) for domestic solar installations comes down to 16p per kilowatt (kW) hour today, but this shouldn’t put people off investing in the technology, says the industry.

The government announced in May that cuts to the incentive scheme would indeed come into effect, but not until the beginning of August, giving developers and providers enough time to prepare for the reduction.

And despite the cuts, figures drawn up by the Solar Trade Association (STA), the trade body for the solar industry, show that investing in the technology is still an attractive prospect.

The STA predict that if a household installs a large 4kW system under the current FiT rate, and equally divides the power produced between use for their home and exportation, it will have paid itself off in just ten years.

“Compared to the returns you can get these days in banks and many other investments, solar provides a very solid and attractive return. That is particularly the case if you consider energy bills are rising faster than anyone expected.

“Investors in solar are also helping us to drive an exciting energy revolution, putting power in the hands of everyday people, while saving the planet.”

It’s hoped that today’s cuts mark the end of a long spell of uncertainty for the solar sector, which began at the back end of last year when initial reductions to the FiT were announced.

These cuts prompted legal action from environmental campaign group Friends of the Earth and solar developers Solarcentury and HomeSun. The cuts were deemed “legally flawed” by a High Court judge – a ruling that the government tried, and failed, to overturn twice.

“The latest reduction in the solar FiT allows us to think about renewable energy in its wider context”, commented Tomas Freyman, valuations director and renewable energy specialist at BDO, the fifth largest accountancy firm in the world.

“FiTs have delivered more than 1 gigawatt of solar photovoltaic (largely residential) over the last two years, and have shown that there is a market for investments based on energy users becoming energy generators.

“That is indeed a great testament to the UK energy user.”

For a more in-depth look into the possibilities surrounding solar installations and indeed renewable energy more generally, check out our recent Guide to Limitless Clean Energy, which you can download for free.