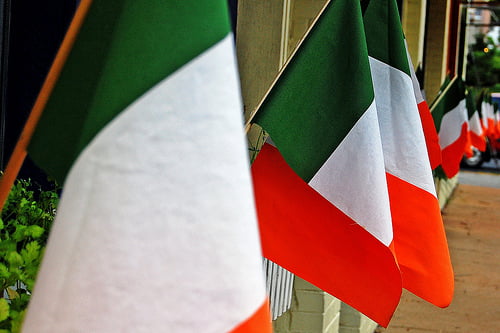 Some 80,000 jobs and a GDP contribution of €3.9 billion could be attributed to Ireland’s cleantech sector by 2020, according to an Ernst & Young report.

The Cleantech Ireland assessment predicts that the industry will receive a much-needed boost in the coming years, as the country attempts to shake off its reliance on fossil fuels and increase its renewable energy output.

“Firstly, the sector can drive economic recovery through job creation and growth.

The 80,000 new jobs and increased GDP contribution predicted by the report are extremely welcome news for Ireland. A recent Blue & Green Tomorrow infographic showed that the country fared very poorly—though not as poorly as the UK—in renewable energy employment (21st out of 24 EU countries), turnover (24th) and energy contribution (21st).

However, another renewables infographic reads more positively for the country, and proves that Ireland is on track to at least some way to meeting its 2020 renewable energy contribution target—which currently stands at 16%—by increasing from 5.1% to 5.9% between 2009 and 2010.

The Ernst & Young report estimates that Ireland’s cleantech sector will thrive in the coming years, because of the current investment trends witnessed in the country.

It says, “Ireland has an opportunity to exploit its attractive corporate investment climate to create new sources of wealth and jobs.

“The scale of the investment is uncertain, but it is likely to be very substantial, representing a vital new phase in Ireland’s modernisation.”

Strong sustainable investment, as Blue & Green Tomorrow continues to show, is the key to achieving a good return with a clean conscience; Ireland, it seems, has the opportunity to put a firm, but most importantly, clean stamp on the sector.