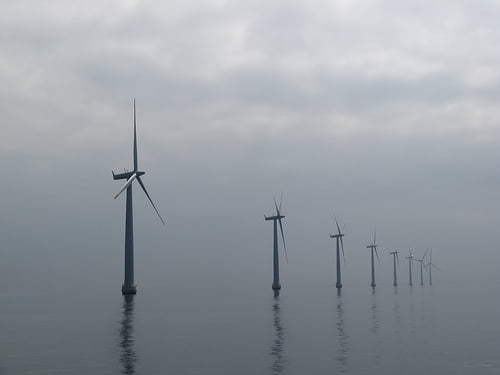 Some of the biggest corporations in Japan have pledged to fund a 300 megawatt (MW) offshore wind development worth up to 120 billion yen (£948m).

Toshiba Corp, Hitachi Zosen Corp, JFE Steel Corp, Sumitomo Electric Industries Ltd, Toa Corp and Toyo Construction Co Ltd have all agreed in principle to finance the project, which would see the construction of one of the world’s largest offshore wind farms.

Its unveiling comes after a Kyodo News study last month revealed over a third of some of the country’s most powerful companies backed clean energy to fill the void left by nuclear power, which the Japanese government announced would be phased out completely by 2040, in the aftermath of the Fukushima disaster.

A report by the Department of Energy and Climate Change (DECC) recently listed a number of supposed benefits of thorium, as an alternative nuclear fuel to uranium, and described them as “overstated“.

The sextet of companies is expected to fund the development over a 10-year period, as Japan aims to capitalise on the seas that surround its islands to roll out clean technology.

Indeed, Japan’s environment department has been extremely progressive in laying out its intentions, stating plans for its offshore wind capacity, which it placed at 1,600 gigawatts, to fully power the country. This is however, an extremely long-term aim, but a wholly positive one nonetheless.

Japan’s coastline spans over 29,000km and there are only a handful of countries that boast longer ones, meaning it is ideally suited to develop vast quantities of offshore wind technology.

The environment department’s bold claims are a prime example of a country completely utilising its natural resources, its geography and its climate to generate power  – something that the British government could learn a lot about.

Solar has previously been cited as the real driver in Japan’s renewable energy rollout, but the developers and financiers of this innovative 300MW wind project might have something to say about that.