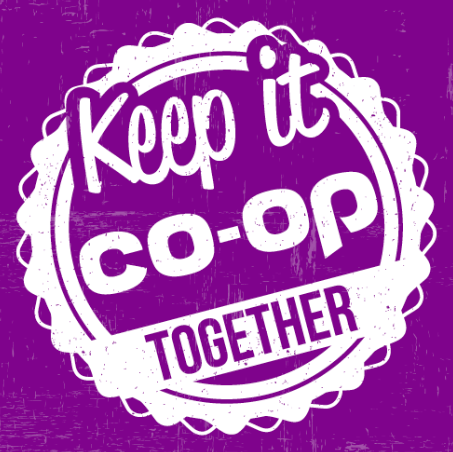 Last week’s unexpected victory for the Conservatives in the election came as a surprise and a shock to many. For those on the left, who thought that Ed Miliband would have a long and distinguished future at the forefront of Labour party, the defeat was crushing.

With Labour still licking its wounds from last week’s bloodbath, there have been calls for the Labour agenda to be less anti-business, more inclusive and more progressive. At the same time its sister party, the Co-operative Party, is facing existential challenges in a very different poll this weekend. Campaigning efforts are still well underway as the party is trying desperately to maintain its financial support from the Co-operative Group.

Formed in 1917, the party has worked to promote the values upon which it was built, securing consumer protection legislation, enhancing the position of co-operative and mutual organisations and was more recently involved in the establishment of Supporters Direct – an organisation that works to give football supporters a direct say in how their clubs are run.

But this weekend, almost three million members of the Co-operative Group will decide on the future of the party when they vote on Saturday to determine the future of its links with the retail and funeral care businesses. The group has had a turbulent couple of years, reporting the biggest losses it has ever experienced and seeing the chairman of its banking arm embroiled in a drugs scandal.

But following a governance review by Lord Myners, governance processes are to become more democratic and transparent. For the first time, decisions will be made on a one member one vote basis. Among the motions put forward, members will be asked to decide on whether the group should continue its subscription fee to the party. Worth £1m, a vote to suspend the subscription and sever financial links could pose a threat to the 98-year-old party.

A spokesperson for the group, which runs the supermarket and funeral care businesses, said that under the old rules a small minority of the membership made decisions.

“Following a fundamental review of our governance structure which ensured that our membership had a far more direct say going forwards, it was decided that decisions like this should be taken on a one member one vote basis. Any question regarding political donations is therefore one for our members to decide on”.

But what would it mean for the Co-operative Party should the group’s membership decide to break up the long standing relationship?

Karin Christiansen, general secretary of the Co-operative Party exclusively told Blue & Green Tomorrow that despite present challenges in both the context of the party and of the wider political landscape, she was more determined than ever to put communities at the top of the agenda.

Karin Christiansen said the Co-operative Party can play an important role in the revival of the British left.

She said, “The Co-operative Group have been voting on the party at the AGM for some years now. The difference now is that the group has gone to a one member one vote system. It is difficult to try and get the message across to 2.8m voters as to who we are and what we do, especially when the Co-operative Group have not facilitated any engagement. Which is a great shame”.

“One great element to this campaign is that it has enabled people to see the value of what we do. You don’t have to be politically engaged or even politically left to see the benefits of what we do. We’ve come across staunch Conservative voters who share co-operative values and really see that the work we do in communities is worthwhile”.

“The aim of our campaign has been to try and present people with the information they need to make an informed decision”.

Labour and Co-operative MP and shadow chancellor Ed Balls lost his seat by 422 votes in Morley and Outwood last week.

She paid tribute to Ed Balls, the former Labour and Co-operative shadow chancellor, who was the highest-profile casualty for Labour, losing his seat to Conservative Andrea Jenkyns in Morley and Outwood.

“It is a great shame that Ed Balls lost his seat in the election. He has done a lot of work within the co-operative movement, but we now have an equally hardworking shadow chancellor Chris Leslie, who is also a co-operative member. We look forward to working with him and the other Co-operative MPs to contribute from a co-operative perspective on putting communities at the heart of the agenda in Westminster”.

Chatting to Christiansen, I couldn’t help but feel the sense of hope and optimism she expressed that the Co-operative party could contribute to the resuscitation of Labour, despite the cultural and existential challenges posed to the mainstream left.

“It won’t be the end for the party. The political situation at the moment presents us with a real opportunity to put co-operative values right at the heart of the revival of the left in Britain. There exists now – and rightly so – a new emphasis on developing a more pro-business narrative and we really can be a part of that revival. We should be contributing to the debate on where the profits go; on who gets the wealth”.

“We have 24 MPs in parliament who will continue to work hard to make sure that communities are at the top of the political agenda”.

Should the 2.8m members vote to sever the group’s links with the party, this may well present further existential challenges for the mainstream left in Britain. Labour’s defeat has presented the left with an opportunity to take a step back and evaluate what makes a properly progressive agenda that is lacking in British politics and the Co-operative Party should monopolise on this and could make a major contribution to what the future of our country should look like.

Co-operative values not only promote fair and sustainable communities, they have the potential to cross political boundaries and make the case for the fair distribution of wealth and profits in a capitalist society. We should not be shackling individual aspiration in Britain – we should be harnessing the potential that it brings and contributes to a stronger society, in both social and economic terms.

In order to build a more progressive and inclusive narrative on the left, efforts should be made to create a unique fusion of fairness and equality within sustainable and responsible communities where everyone has a stake in the future. While not presenting a barrier to aspiration, this narrative should have strong community based values at its heart.