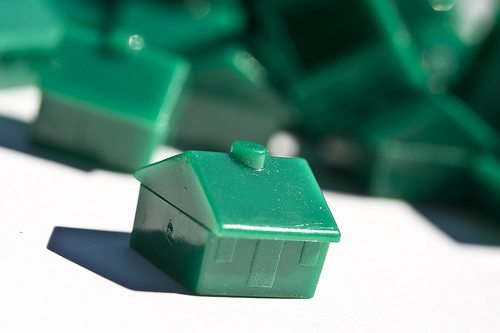 KPMG report says building societies are back to ‘business as usual’

A new report by leading accountancy and audit firm KPMG has claimed that building societies are back in a healthy state after the financial crash of 2008.

The report, Building Societies Database 2013, was published last week and says that building societies are now well-placed to benefit from an upturn in the economy and increasing demand for mortgages.

It claims that of the 46 building societies across the UK, 35 grew their assets throughout 2012. Although the sector fell by £2.1 billion to £313.3 billion, a fall which KPMG blames on Nationwide’s assets, it says that the exclusion of Nationwide would have meant that the sector as a whole increased by 2.8% to £122.6 billion.

The KPMG report showed mixed results in profitability and growth within the mutual sector, but remains optimistic about the future.

Richard Gabbatas, co-author of the report, said, “The long dark years that followed the credit crisis have prompted societies to think about their futures.  There are challenges from the changing ways in which customers buy financial services, especially the use of the internet.”

He warned however, that societies need to adapt its services to the needs of their customers in order to survive, adding, “Societies are part of the fabric of the UK’s financial sector and what is certain is that they will evolve and adapt to the changing needs of their members.  Evolution rather than revolution will ensure that there will still be a healthy building society sector in 20 years’ time.”

Paul Ellis, CEO of specialist green lender Ecology Building Society, said, “We’ve seen a marked increase in demand for mortgages over the past few months and we’re very confident about our future growth prospects. The sector as a whole is benefitting from increasing awareness that mutual organisations put their members first, and we’re benefitting in particular from the increasing realisation that sustainable homes are good for your energy bills as well as the planet.”

He added, “The diversity we bring to our financial sector is vital to ensuring the UK’s economy stays resilient and meets the needs all sections of society.”