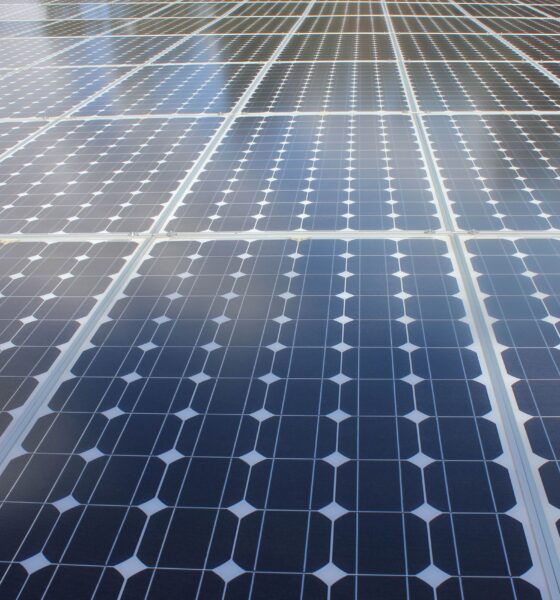 A renewable energy developer has secured planning permission for what will be the “largest UK solar project to date”.

TGC Renewables will install almost 28,000 panels at a 15.4 hectare site in South Devon, which will produce enough electricity to power 2,500 homes in the south-west of England.

“This project is one of a number of large multi-megawatt (MW) schemes we have in development as we respond to the interest and demand from the farming community for renewable energy”, said company director Rob Denman.

“With our in-house expertise, we can take the project through the entire development cycle from feasibility through to grid connection.

“We now have over 10MWs in operation or construction and with plans to increase this to over 100MWs over the next 18 months.”

The TGC development is the latest in a recent gush of encouraging UK solar projects to be announced. The sector’s status as one of the fastest-growing renewable technologies – summed up by its 877% increase in generation in the past 12 months – remains firmly intact.

In Warrington, Eco Environments installed over 1,000 panels on the roof of a storage and distribution firm’s warehouse. This was dubbed the “biggest roof-based solar PV project in the North of England”.

Another developer – Hive Energy – recently announced plans to build a 25MW farm in Suffolk – a project that would in fact be larger than the TGC Renewables venture, but is still in the consultation stage.

The government’s announcement that the feed-in tariff cuts wouldn’t come into effect until August 1 means that we’re likely to see a continued boom for at least another month, as more individuals and companies begin to see the many benefits of adopting renewable energy.

Check our site next week, when we’ll be publishing our Guide to Limitless Clean Energy – which features the views of Good Energy, the UK’s only 100% renewable electricity supplier, the Renewable Energy Association and Charles Hendry MP, minister of state for energy and climate change.