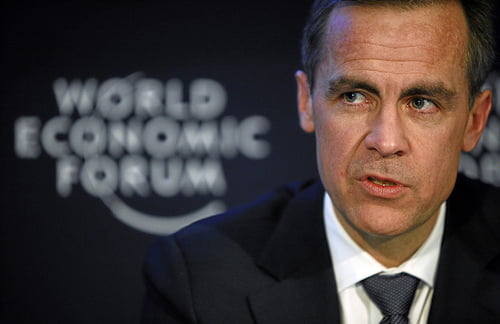 Mark Carney will replace Sir Mervyn King as Bank of England governor in July next year, and in doing so, will take on one of the most important and high-pressure jobs in the UK. He can, and must, do it sustainably.

When George Osborne unveiled Mark Carney as the successor to Sir Mervyn King yesterday, many were surprised – not least because of the seemingly uninterested stance he displayed in an interview with the BBC back in August, when asked about whether he’d consider taking the role on.

But of course, things change, and it’s quite rare that anyone in a position of power would openly admit to being interested in another high-profile job.

Regardless, Carney’s credentials are clear and impressive. His influence is cited as one of the main reasons why Canada’s economy performed relatively well despite the global financial crisis of the last five years. And at a time when the UK’s economy is plagued with uncertainty, bringing in a man with such experience is imperative.

However, his task isn’t just to lead the Bank of England down a stable path; he must, first and foremost, fight for a sustainable financial future as well. But, thankfully, sustainability appears to be something that Carney is well-accustomed to.

First of all, his British wife, Diana – who “worked for two decades in overseas development, focusing on policy to support sustainable livelihoods” – has been described as an “eco-warrior who says banks are rotten”.

And perhaps thanks to her influence, Carney has spoken out on sustainability on a number of occasions. Earlier this year, The Huffington Post in Canada reported how he had urged the sustainable consumption of natural resources, while on another occasion, he called for global financial reform in order to ensure sustainable employment.

When it comes to finance and investment, though, Carney has the unique opportunity to lead a whole economy in a direction of sustainability. And if he’s to do this, he must start with putting an end to dubious dealings and dodgy transactions in the City.

According to the regulator, the Financial Services Authority (FSA), “One in five corporate announcements about a takeover or other significant activity is preceded by suspicious activity.”

Carney spent 13 years working for Goldman Sachs, so will undoubtedly know this kind of action all too well. And if he didn’t, outspoken former Goldman director Greg Smith’s comments about the culture of unethical banking will surely provide food for thought.

It’s a big ask, but Carney must be strong in his leadership of the Bank of England, and he must strive for sustainable and fair growth in the UK’s economy.

Research has shown that an increasing number of investors are turning to dedicated ethical banking options after witnessing scandal-after-crisis-after-scandal in the mainstream arena. What’s more, it’s been proven that the banks that adopt positive morals and ethics often financially outstrip the ones that search predominantly for profit.

It’s going to take more than a change in figurehead to completely revolutionise the culture of banking; but empowered with one of the most important jobs in the world, Carney can take vital steps forward in making a sustainable financial transformation.