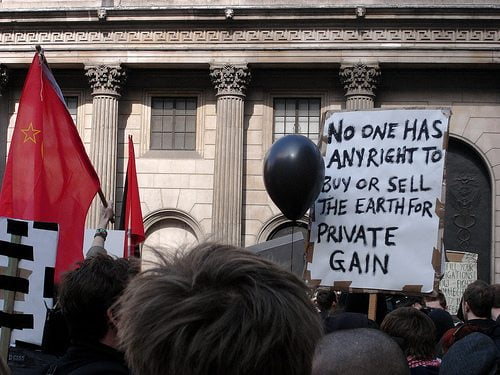 A government adviser has warned banks that abusive practices could hinder Britain’s economic prosperity, saying, “It is time for growth, not greed.”

Tomlinson, who is also chairman of LNT group, collated evidence from industry workers and business owners who fell afoul of abusive practices by the banks and presented it to business secretary Vince Cable on Friday.

The case studies show firms that were charged astronomical fees whilst in ‘business support’ and fell into financial distress as a result. Some businesses, which Tomlinson described as “completely feasible […] with good potential”, were even closed down.

Opposition to these practices is not only evident in business, but also from within the ranks of the banking sector. One banker, who has since left the industry, said, “I just wasn’t prepared to apply the cruel, inhumane, non-commercial policies and decisions.”

Another said, “The idea was to lend as little as you have to in order to remain ahead of your competitors but make sure you got as much out of it as possible.”

Tomlinson commented that the public simultaneously trusted and feared banks.

Speaking to Blue & Green Tomorrow, he said, “When a grown man of 20 years’ experience within the industry comes into your office in tears, you know that something is not quite right.”

He added that entrepreneurs were “deterred” from applying for loans.

A spokesperson from BIS said that Cable had seen the case studies and found the content “worrying” and identified RBS as one of the banks concerned.

They added, “The government is working with the banks to encourage them to increase their lending rates and help ambitious businesses to grow.”