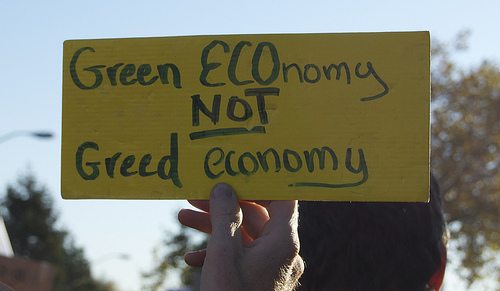 The Conservative 2020 group has unveiled a report calling on the government to implement low-carbon policies that would provide jobs and create sustainable growth.

The alliance, comprised of ‘modern’ and ‘green’ Tories, said in the publication that the government can pursue greater competitiveness by opting for sustainability – although it is careful not to use green rhetoric, preferring instead to talk about the economic benefits of a new approach.

The proposal outlines plans for growth that are both resource efficient and resilient, leading to 300,000 new jobs and a 12% profit increase for manufacturers.

“In addition it calls support for a new growing business sector called ‘ReMade in Britain’ – thereby ensuring that resources are regarded as assets with a second and third life.”

The report also predicts £3 billion in savings from avoiding landfill costs. Martin Baxter, executive director of the Institute of Environmental Management and Assessment, said, “The transition to a circular resource economy, with resource productivity and efficiency at its heart, will require new metrics to measure success.

“The commission’s recommendations shine a light on how we can develop and evaluate progress and shape policy for a sustainable economy.”

He said in one tweet, “95% of scientists aren’t necessarily right. We would need good reason to ignore them & follow the 5% ‘cos if 5% are wrong planet is screwed (sic).”

He added in another, “To accept the dismissers case, we have to accept their infallibility. If they’re wrong we have destroyed our children’s inheritance (sic).”