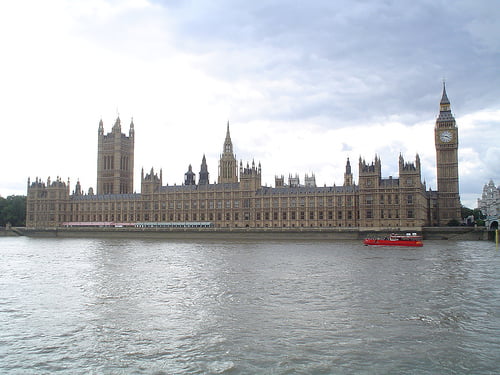 Conservative MP Tim Yeo has put forward an amendment to the energy bill that if implemented would see a 2030 decarbonisation target set by April 1.

Yeo, who is also chair of the energy and climate change select committee, finalised the alterations yesterday evening in tandem with Labour’s Barry Gardiner.

The pair calls for the government to follow the advice of its official climate advisers, the Committee on Climate Change, in implementing a concrete target.

The proposed changes – which have been backed by a number of NGOs and green groups – come after Yeo said in December that the UK’s potential to become a world leader in clean technology could be scuppered by George Osborne’s ‘dash for gas’ strategy.

Responding to the amendments, Greenpeace energy campaigner Leila Deen said, “George Osborne thought he’d buried the plan to clean up our electricity sector and cleared a path for his dash for gas.

“That Tim Yeo has tabled these amendments, and is backed by hundreds of businesses, investors and civil society groups, is yet another signal that the chancellor is out of touch on this issue.”

Labour leader Ed Miliband and Conservative MP Zac Goldsmith are two of a number of MPs who last year said that potential investors could go elsewhere if the squabbling, uncertainty and instability continued. Campaigners claim that the application of a decarbonisation target would go some way to reinstalling confidence in the UK’s energy market.

Keith Allott, chief adviser on climate change at WWF-UK, added that Yeo and Gardiner were right to incorporate advice given by the Committee on Climate Change.

“The government has started to show a disturbing willingness to question the Committee’s advice”, he said.

“Ignoring it brings into question their commitment to deliver on the UK’s world-leading Climate Change Act.”