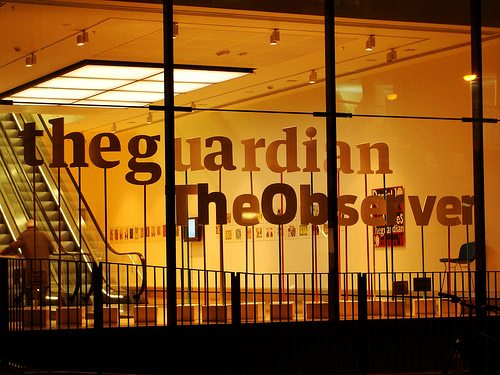 Nominations have opened for the 2014 Observer Ethical Awards – an annual event that recognises businesses, communities and individuals doing exceptional things for the environment and local communities.

Set up in 2005, the initiative – which is sponsored by eco-friendly cleaning products firm Ecover – rewards those in the society who make efforts to promote sustainability and social justice.

The motto for the 2014 edition is Be Better in This Life, as Lucy Siegle – environmental journalist and founder of the awards – explained in the Observer on Sunday.

“Britain is bursting with brilliant ethical ideas. We are world leaders in sustainability, from grassroots campaigns and education to scientific research. Unfortunately these ideas often don’t get the air time they deserve”, she wrote.

“The intention of this year’s ninth Ethical Awards is to make as much noise as possible about the extraordinary people, projects and places that are bringing about ethical change.”

The best community energy project and great energy race awards are new additions. The former – sponsored by National Grid – is aimed at honouring those producing low-carbon energy at a community level, while the latter – sponsored by B&Q – looks at the best household ideas on how to save energy.

Readers are invited to nominate candidates across all categories.  Shortlists will then be drawn up, with some awards voted for by the public. A judging panel – which includes TV presenter Ben Fogle, Paralympian Martine Wright, poet and novelist Ben Okri and singer and model VV Brown – will determine the winners of the remaining accolades.

Winners will be revealed at a ceremony in June. To nominate, visit http://www.theguardian.com/observer-ethical-awards.

Observer Ethical Awards on the lookout for green heroes

Ethical retailer of the week: Ecover