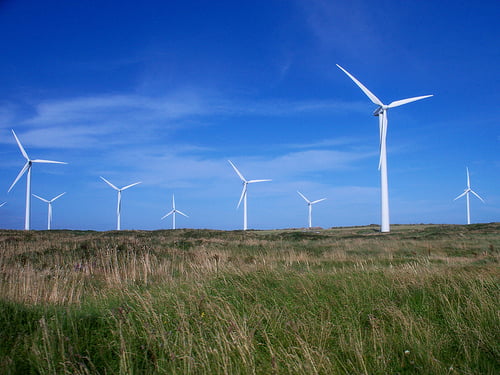 A wind power co-operative in Northern Ireland has so far raised £1.6m in its quest to build a number of community-owned turbines in the country – meaning it can now progress with the first construction phase of the development.

Drumlin Wind Energy was launched in August this year, and set a target to raise £3.4m from businesses and members of the community in order to construct five 250 kilowatt (kW) wind turbines in locations including Pomeroy, Larne and Ballyclare.

Once completed, the turbines will provide power to some 400 homes in the regions, and form part of Northern Ireland’s first renewable energy project of this kind.

The £1.6m landmark reached last week sees Drumlin past its £1.5m minimum target, so that the first two turbines can be progressed.

“Whilst this is a new concept for Northern Ireland, similar schemes in the UK and across Europe have been hugely successful”, said director Paul Phare in the Belfast Telegraph.

“The ‘on-the-ground’ response from Northern Ireland has gained significant momentum over recent weeks and in response, we’re extending the public share offer period in order to maximise local involvement, as this is a vital part of the Drumlin ethos.”

The project’s share offer has been extended until November 30, in order to give prospective investors more time to accumulate the required capital to invest in it.

But local communities and businesses are urged not to become overawed by the potentially daunting nature of investment, as Drumlin allows commitments from as little as £250, all the way up to £20,000. The rate of return over the project’s 20-year lifespan is set at 7.2%.

After the co-operative’s launch in the summer, Drumlin officials revealed how investment in the project had “exceeded expectation”, as it raced to £500,000 in less than three weeks.

The unprecedentedly popular uptake was one of the reasons why Drumlin decided to extend its share offer to the public – so that more people can invest and engage in community-owned renewable energy.

Esteemed environmental campaigner Jonathon Porritt revealed publicly that he had invested in Drumlin. He’s the keynote speaker at a clean energy event in London run by Ingenious Clean Energy next week – to which Blue & Green Tomorrow readers are granted exclusive access. See here for details.