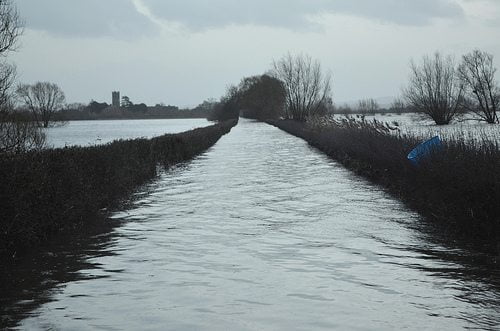 David Cameron has planned to meet insurers to discuss measures to help those affected by the flooding, as wealthier households face a £1,000 increase in their annual insurance premium.

Insurance bosses reported they have paid £14 million to flood victims since the emergency began in December. The government will meet representatives from the Association of British Insurers (ABI) on Tuesday.

However, it was suggested that wealthier householders on council band H might face premium increases of more than £1000 per year.

This is because the Flood Re scheme – the government’s insurance programme that would give subsidies to a number of homes at high risk of flooding – would exclude small businesses, properties built after 2009 and wealthier homeowners.

“An estimated 350,000 properties at risk of flooding will be covered, compared with the fewer than 7,000 who will not be covered by Flood Re because of being council tax band H or built since 2009”, a spokesman for the ABI said.

Flooding minister Dan Rogerson said, “We all need to pull together to help those areas badly affected by the floods, so they can get back on their feet as quickly as possible. Dealing with the aftermath will take time and requires a stepped-up national effort.

“Insurers have a critical role to play and by working closely together we will continue to ensure that the help and support which people need is available”.

Extreme weather that has disrupted the south and southwest Britain is not over yet – although the worst seems to be gone.

Meanwhile, a survey for Avaaz suggested that the majority of Britons believe that there is a link between climate change and the UK floods – a claim supported by both David Cameron and the Met Office. Labour leader Ed Miliband recently said that the UK was “sleepwalking into a national security disaster” for inaction over climate change.