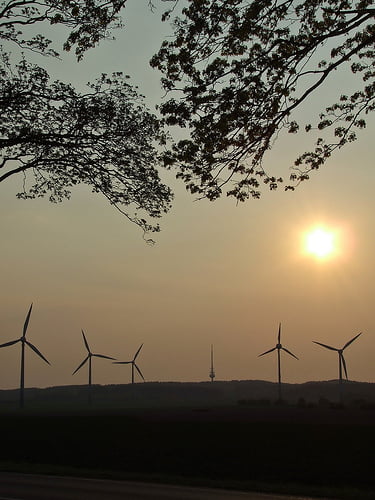 The government has called on the EU to set a 2030 emissions reduction target of 50%, but is looking like it will not push for a clean energy target within the same timeframe.

The renewables industry has claimed that such a move will prolong the investment uncertainty that has evolved after months of infighting and politicking, particularly by Conservative MPs.

Lib Dem energy secretary Ed Davey said a renewables target was “inflexible and unnecessary” on Monday. He argued that instead, an emissions target was “achievable and necessary if we are to limit climate change to manageable proportions”.

The Department of Energy and Climate Change’s (DECC) proposals to slash EU emissions in half in under two decades require “significant levels of renewable energy and other low-carbon technologies”, he added.

Meanwhile, DECC said that it was fully behind renewables, but described a concrete target as “too large to set in hard numbers” because of the “uncertainties” within the industry.

The move has been criticised by the renewable energy industry. Gaynor Hartnell, chief executive of trade body the Renewable Energy Association (REA), said, “The UK is facing a looming capacity crunch and needs to get a lot of new power generation on-stream very quickly. Renewables have a key role to play in bridging this energy gap, and also in decarbonising heat and transport to minimise the risks of climate change.

“Government cannot afford to continue sending out these mixed messages to renewables investors, because they will not put money into UK projects and jobs unless it is clear that there is a future for the industry beyond 2020.

“A 2030 renewables target would go a long way towards rebuilding investor confidence.”

Conservative MP Tim Yeo, whose Tory peers have been at the root of much of the industry’s uncertainty in recent months, has led calls for a UK decarbonisation target to be included in the energy bill. Organisations including Greenpeace, Friends of the Earth, Good Energy and the UK Sustainable Investment and Finance Association (UKSIF) are among the high-profile groups to lend their names to the campaign.

It was revealed earlier this month that the energy bill will enter its report stage on June 3 and 4, with MPs set to vote on whether such a target should be included.