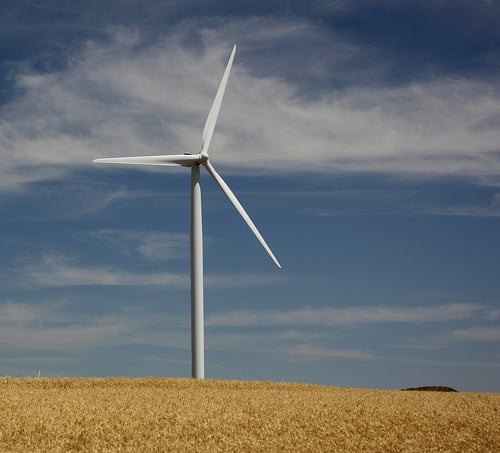 The majority of the British public think the government should back renewable energy sources such as wind and solar, according to an independent poll.

Over half (55%) of the 1,734 people surveyed by YouGov think wind power should play a more prominent role in the UK’s energy mix, while 14% say its contribution should remain the same. Only a fifth of respondents (21%) want less wind, with 11% unsure.

Meanwhile, an overwhelming 84% of people want to see the amount of solar power in the mix to either increase (72%) or stay the same (12%). Only 5% of respondents want its input to decrease.

The statistics will undoubtedly provide government ministers with food for thought ahead of the publication of the energy bill next month – especially given George Osborne’s keenness for gas, which over a third (36%) of respondents think should play a lesser role in the mix.

“This is an unequivocal vote of confidence in renewable energy”, said Maf Smith, deputy chief executive of RenewableUK, the trade body for the UK wind and marine sectors.

“A clear majority of British people support building more wind farms to meet our country’s clean energy needs. That support is consistently strong, in this and other independent polls.

“One stark message from this survey is the public’s evident disenchantment with fossil fuels, including the unpopularity of fracking for shale gas.

“The British public is telling us that we are right to be making this landmark transition from a perilous fossil fuel addiction to a low-carbon future.”

The YouGov poll, which was commissioned by The Sunday Times, comes after Friends of the Earth revealed in April that 85% of Britons would prefer governmental emphasis to be on renewables rather than gas from overseas.

Meanwhile, ahead of the US presidential election next month, a survey conducted by Ipsos on behalf of solar developer Sungevity revealed that 89% of Americans also want more clean energy in their country’s mix.

“The poll also shows that investing in clean energy to safeguard our environment for the future has a significantly higher level of public support than paying more and more for non-renewables like gas and oil”, added Smith.

Fossil fuels performed poorly in the YouGov survey, with less than 20% of people wanting to see more oil, gas and coal in the mix, compared to well over a third who want to see less.

The issue of whether the government should support fracking appeared to divide opinion amongst the 1,734 respondents, though, as almost exactly the same amount of people thinking that it should (32%) and shouldn’t (30%). The remaining 38% were unsure.

The energy bill: hit or miss?