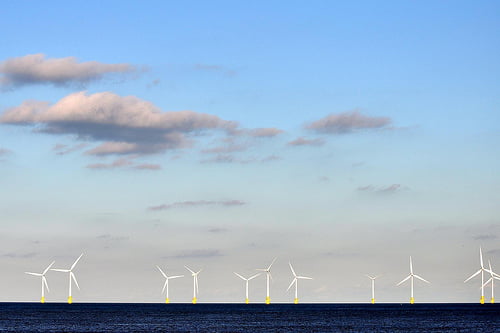 A new report examining the economic impact of planned investment in the UK’s offshore wind sector highlights the massive rewards the industry could bring in today’s difficult economic times.

The Centre for Economics & Business Research (CEBR) study – commissioned by renewables developer Mainstream Renewable Power, whose proposed projects include a 450 megawatt offshore wind farm in the outer Firth of Forth – forecasts the impact on the UK economy by modelling alternative realisations of offshore wind capacity.

The latest report builds on the work done by the Offshore Valuation Group in 2010, which measured the value of the UK’s offshore renewable energy resource.

However, the scenario-based CEBR study argues that a more aggressive  – but achievable – approach to investing in the sector could see an annual 1% rise to GDP, the creation of 215,000 jobs and an increase in net exports of £22.5 billion by 2030. This ‘accelerated growth’ scenario would be enough to wipe out almost all of the UK’s current trade gap.

CEBR analysis shows even greater impacts given current global economic circumstances, concluding that in 2020 and 2030, net exports and creation of employment will be larger due to an eventual declining reliance on imports and growth in the export capabilities of the UK offshore wind supply chain as it matures.

This is because the UK would be taking direct actions to stimulate growth in a new industry, unlike in most other European economies which are currently struggling to adjust to the competitive challenge placed on them by newly industrialising economies like China.

He added: “By helping the UK reduce fossil fuel imports, and by creating a new industry, offshore wind will create jobs, assist in balancing the trade deficit and boost GDP at a time of economic uncertainty.

“We have embarked on a once off transition to a sustainable economy. All forms of renewable energy, from solar energy to tidal energy, will contribute to delivering this transition in the UK.”

Not only will increased investment in the offshore wind sector help in the global effort to combat climate change, but it will provide affordable electricity to consumers, create jobs and create a sustainable energy economy for the UK in the long-term.

Offshore wind energy is a valuable part of the UK’s energy mix, as is tidal, wave and solar power. And investment into developing these technologies up to the commercial scale application must continue to be supported by a committed UK government today so that the sustainable potential of renewables can be realised in the future.