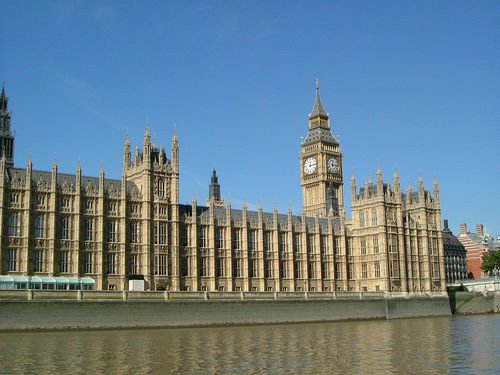 Report links a third of ministers to anti-climate industries

A new report from the World Development Movement (WDM) has warned of worrying links between government ministers and companies that contribute to dangerous climate change.

According to the study, Web of Power, a third of the UK ministers, including members of the cabinet William Hague, Vince Cable, George Osborne and Michael Gove, have ties with the big finance and fossil fuels industries that are contributing heavily to greenhouse gas emissions and driving climate change.

It reports that, for example, foreign secretary William Hague, who has previously worked for Shell, helped Tullow Oil pay a huge tax bill in Uganda, while the chancellor George Osborne is revealed to have accepted generous donations from the head of CQS, a hedge fund that finances dirty energy.

The WDM’s director Deborah Doane said, “The City of London is bankrolling climate change, and the finance-energy complex at the heart of government is shoring up the companies that are pushing the planet towards catastrophe.

“Given the dense web of personal connections between government and the finance and fossil fuel industries, we have to ask whether the government’s failure to tackle climate change is down to the influence of ministers’ friends in banks and oil companies.”

The campaign group claims that these relationships might be the reason why the country is struggling in promoting a strong carbon policy, as there have been other instances where powerful figures have played their part in frustrating the implementation of clean energy policies.

The WDM estimates the value of fossil fuel industries on the London Stock Exchange at £900 billion, and says that UK banks underwrote £170 billion in bonds and share issues for energy companies over the last two years.

“As a first step the government must demonstrate its commitment to combating climate change and force the finance sector to publish the carbon emissions from the fossil fuel projects it funds, rather than hiding behind the greenwash of changing light bulbs.”