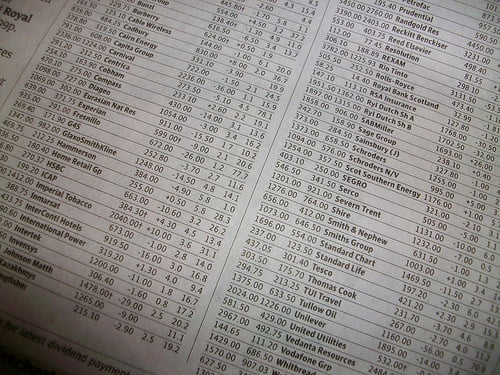 A report by responsible investment campaigners FairPensions has highlighted that despite a government consultation on excessive executive pay, 72% of institutional investors opposed plans for a binding vote.

The study, called The Missing Link: Lessons from the ‘Shareholder Spring’ exposes what it calls “serious failings” on the part of pension funds and fund managers in terms of accountability, while also shedding light on the so-called ‘shareholder spring’, which it says there “may have been less to […] than met the eye”.

“This research reveals that the government has handed additional powers to shareholders who are reluctant to use them”, said Catherine Howarth, chief executive of FairPensions.

“On top of this we’ve found a missing link between pension investors and the savers whose money they look after.”

FairPensions was at the forefront of a shareholder revolt at WPP, which saw a 59.53% majority of shareholders oppose the remuneration package offered to Sir Martin Sorrell in June.

This came after Sir Martin received the second largest annual sum out of all FTSE 100 company chiefs in 2011 – behind former Barclays boss Bob Diamond.

The FairPensions study cites research conducted by PIRC, which after looking at 300 annual general meeting (AGM) results for FTSE All-Share companies in the first six months of 2012, found that the average vote against a remuneration report was 7.64%, compared to 6.1% for the same period a year earlier.

Aviva, Cairn Energy and Pendragon were other large firms whose shareholders have spoken out on high pay in 2012.

Howarth added, “People in the UK who are saving for a pension often have almost no way of accessing information on how their fund has voted on executive pay deals.

“As our report shows, even when they take the trouble to ask their fund, the responses received are often inadequate and dismissive.

“If we are serious about tackling spiralling executive pay we must empower savers to hold their pension and ISA funds to account.”