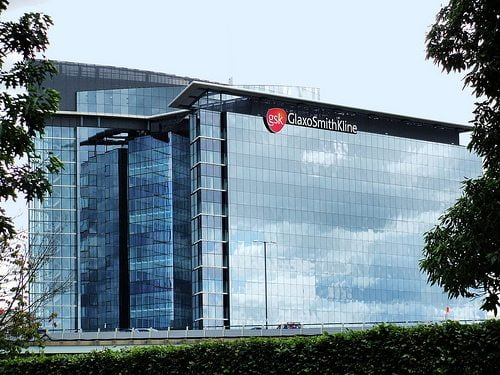 British drug company GlaxoSmithKline (GSK) has come under fire over allegations of bribery in China. But investors still trust the company, which remains a popular choice among ethical and responsible fund managers.

On July 11, Chinese officials said four GSK employees had “confessed” to charges of corruption dating back to 2007, during which time, it is alleged that they illegally transferred £323m to travel agencies and consultancies.

However despite the news, shares in the firm dropped only by 0.26% on Monday and recovered the following day. People involved are believed to have used a complex network of travel agencies and intermediaries to bribe doctors to prescribe GSK’s drugs.

GSK said these episodes were shameful and that it was willing to co-operate with authorities in order to tackle corruption inside the company.

In a statement it said, “We are deeply concerned and disappointed by these serious allegations of fraudulent behaviour and ethical misconduct by certain individuals at the company and third-party agencies. Such behaviour would be a clear breach of GSK’s systems, governance procedures, values and standards. GSK has zero tolerance for any behaviour of this nature.”

Gao Feng, head of the economic crimes investigation unit at the ministry of public security said that Chinese people were being deceived because they were being sold medicine at a price much higher than the cost of production, suggesting that a huge part of GSK annual sales revenue was used to bribe doctors.

GSK is seemingly a popular choice among ethical fund managers. The Church of England’s investment fund holds £18m in GSK shares, because of the firm’s commitment to fairness, transparency and helping the developing world.

Jupiter Asset Management’s Responsible Income Fund is another. Speaking to Blue & Green Tomorrow, fund manager Chris Watt, said, “If it becomes apparent that a company is not operating robust processes or effectively managing the impacts of its activities in a responsible manner, our first approach is to engage with the company.

“We believe that this is the most effective way of communicating our concerns to management. If we then do not receive what we judge as a suitable response, we may use our voting rights against management and ultimately consider divesting our holding in the company. We report regularly to clients on our engagement and voting activity.”

Despite its inclusion in ethical and responsible funds, GSK has been involved in a number of controversies over the years. In 2012, it agreed to pay the largest settlement ever paid by a pharmaceutical company over charges of bribing, illegal prescriptions and failure to report safety data.

It also sparked outrage in 2000 when it stopped the delivery of cheaper, patent-free copies of its medicine to treat infections derived from AIDS for the developing world.

Meanwhile, GlaxoSmithKline Argentina Laboratories Company was fined 400,000 pesos (£40,000) in 2012 because of irregularities in vaccine trials that it is believed killed 14 young children. The company has also been targeted by animal rights activists because of its use of animals in drugs trials.

The light triad within ethical, sustainable and responsible investment