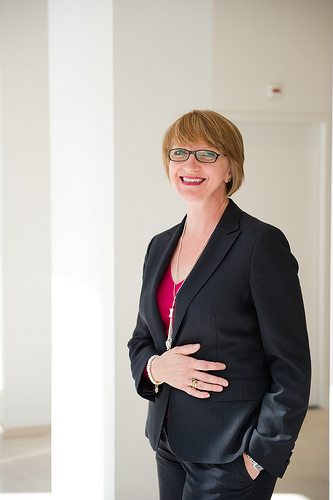 The organisation raised the curtain on Skorupska at its annual awards dinner in London on Thursday evening. She will begin her role at the end of July.

With over 25 years’ experience in the energy industry and holding a doctorate in coal combustibility, REA chair of the board of directors Martin Wright described Skorpuska as having “a great understanding of not only the complex technical issues relating to energy, and the central importance of renewable energy, but also the challenges facing the industry.”

In a statement released after her unveiling, the new chief executive said, “Even though the economic climate makes investors wary, the renewables sector is well-placed to bring us out of recession and create employment with a growth rate of 16% per annum to 2020.

“Renewable energy in the UK is important for many reasons, a point I’m certainly going to be stressing.

“Whilst carbon reduction is vitally important, it’s also about creating a secure energy future, reducing dependency on imports from geopolitically challenging regions, not creating wastes, driving innovation for a sustainable life and so much more.”

Skorupska’s career began as a chemist at the University of Newcastle and the coal research department of the International Energy Agency. She joined National Power as a fuel specialist in 1993 and became director of technology services when the firm merged with German-based RWE to form RWE Npower.

She was a member of the government’s advisory committee for carbon abatement technologies, and has worked in Germany and the Netherlands. Most recently, she was chief technology officer at Essent NV, the Dutch and Belgian arm of RWE.

She replaces Hartnell, who had been at the REA since its inception in 2001. Commenting on her successor, Hartnell said, “The REA will be in excellent hands, which is very important to me considering my role in catalysing its formation. I shall be on hand to offer advice and to pursue some specific projects, but am also looking forward to widening my interests outside of the association.”

Winners of the REA’s British Renewable Energy Awards were as follows: